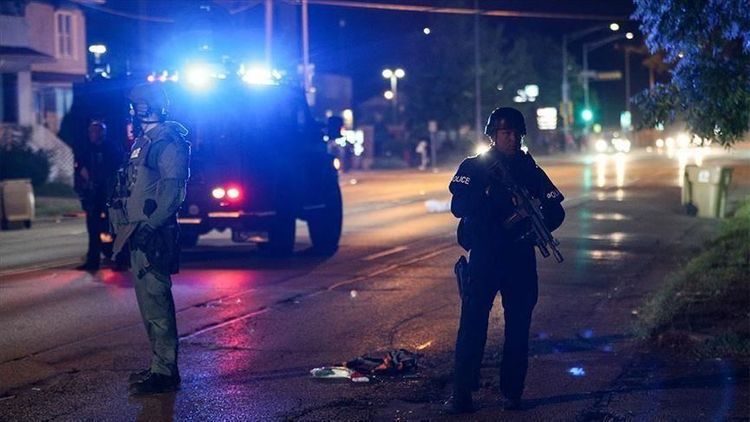 Violent protest erupted in a city in the US state of Pennsylvania after police fatally shot a Black man who family members said had a history of “mental issues,” APA reports quoting Anadolu Agency

Philadelphia police identified the victim as Walter Wallace Jr., 27, and said they were responding to a call Monday about a man armed with a knife.

Video on social media appears to show Wallace being shot at least 10 times after he walked toward two officers who had their guns drawn. The officers shouted at Wallace to put down the knife before the shooting, but no knife is visible in the recording.

"I have watched the video of this tragic incident and it presents difficult questions that must be answered," Philadelphia Mayor Jim Kenney said in a statement.

"Residents have my assurance that those questions will be fully addressed by the investigation," said Outlaw. "While at the scene this evening, I heard and felt the anger of the community."

Wallace's death promoted protests through the city with some marred by violence and looting. Some officers were injured during the protests.

Meanwhile, Wallace's father, Walter Wallace Sr., told the Philadelphia Inquirer newspaper that his son "had mental issues" "Why didn’t they use a Taser?,” he asked. “Why you have to gun him down?"