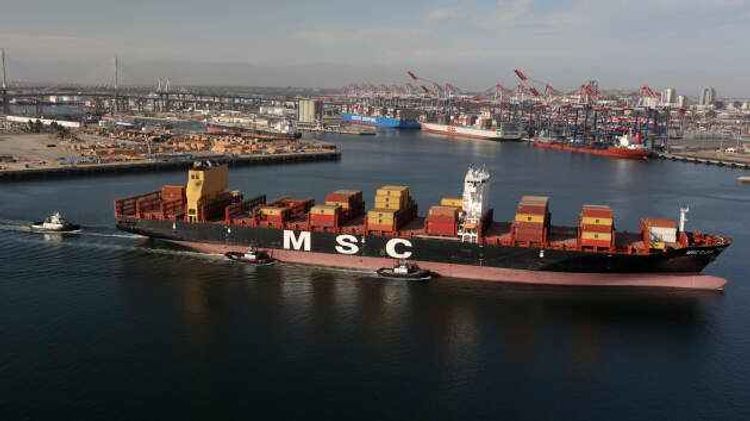 With a new round of $1,400 stimulus checks pouring in and the domestic economy continuing to show substantial improvement, the imbalance in goods and services with the rest of the world swelled to $74.4 billion, the Commerce Department reported Tuesday.

That’s the highest level ever in a data series that goes back to January 1992, and represents a 57.6% increase from the same period a year ago and higher than the $70.5 billion in February.

“Stimulus has kept American consumers spending through the pandemic, but restrictions on high-contact industries have diverted consumer spending fro domestically produced services to goods, much of which are imported,” PNC senior economist Bill Adams wrote.

Exports actually increased for the month, rising $200 billion or 6.6%. But that was offset by a continued demand for imported goods, which increased 6.3% or $274.5 billion.

Adams said the shortfall is likely to decline in coming months as the recovery progresses.

“As the pandemic comes under control in the United States, American consumers will spend less on imported goods, shrinking imports; and foreigners will buy more U.S. exports as their economies recover further,” he said.

For March, imports rose the most in consumer goods, which increased $4.5 billion, including a $1.2 trillion rise in textile apparel and household goods. Industrial supplies and materials imports rose $3.7 billion and capital goods were up $3.3 billion.

Industrial supplies and materials led exports with a $5.2 billion increase, while capital goods were up $2.9 billion and consumer goods rose $2 billion.