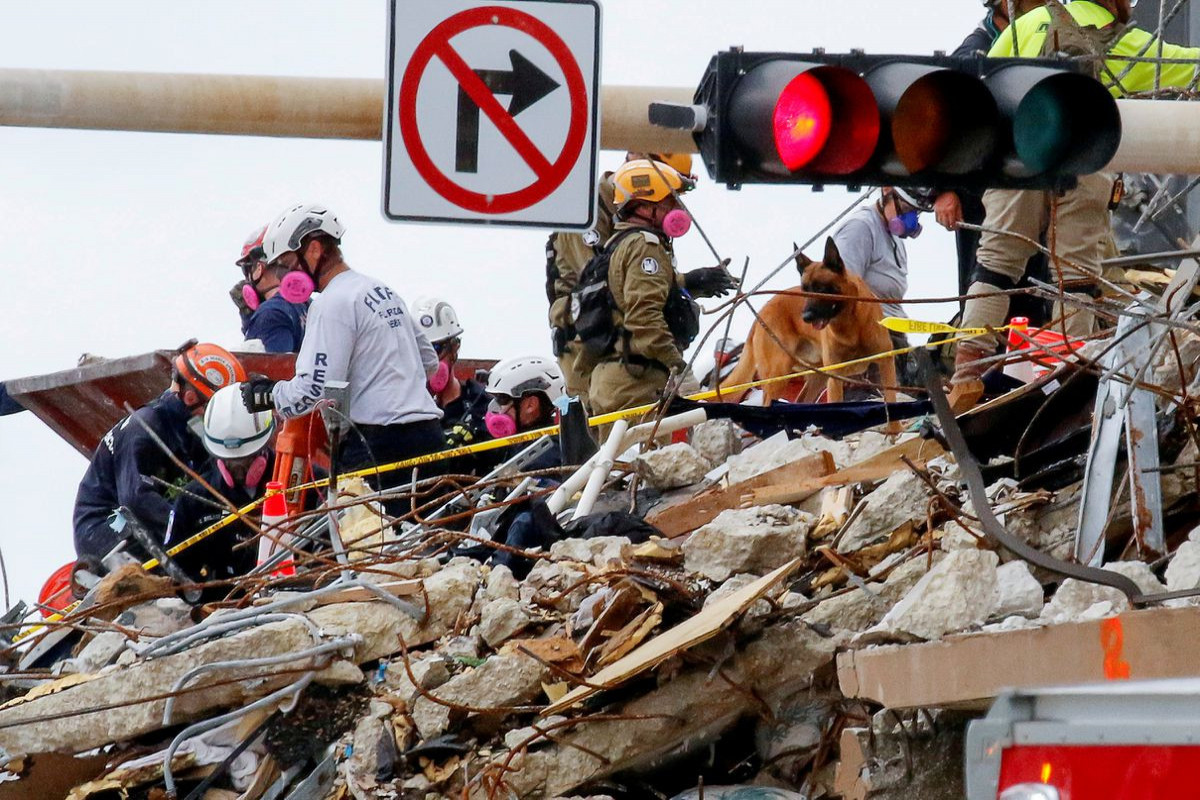 Another four bodies were found overnight in the shattered ruins of a collapsed Miami-area condominium tower, the mayor of Miami-Dade County said on Wednesday, bringing the confirmed death toll to 16 nearly a week after the building fell.

Nobody has been pulled alive from the mounds of pulverized concrete, splintered lumber and twisted metal since the early hours of the disaster. County Mayor Daniella Levine Cava told a news conference there were 147 people still unaccounted for.

Officials have said they still harbor hope of finding survivors. Surfside Mayor Charles Burkett said in an interview he had promised families that rescue crews were "not leaving anyone behind."

"We've not gotten to the bottom. We don't know what's down there," he said. "We're not going to guess. We're not going to make a life-or-death decision to arbitrarily stop searching for people who may be alive in that rubble."

He said every day the rubble pile is visibly shrinking, indicating progress

Two teams of dogs are helping to scour the pile: one trained to sniff out survivors, the other trained to detect bodies.

Investigators have not concluded what caused nearly half of the 40-year-old Champlain Towers South condo to crumple as residents slept in the early hours of last Thursday.

But a 2018 engineer's report on the 12-floor, 136-unit complex, prepared ahead of a building safety recertification process, found structural deficiencies that are now the focus of inquiries.