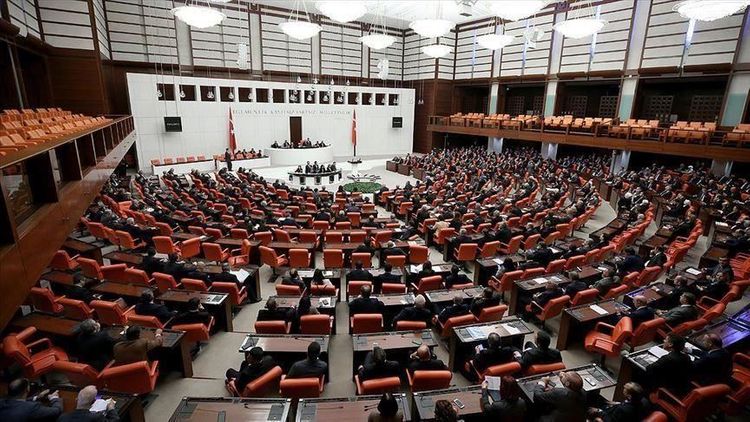 As more measures against the spread of the novel coronavirus (COVID-19) in Turkey are taken, the group meetings of political parties in the Turkish Parliament have also been canceled, APA reports citing Daily Sabah.

The Turkish political scene has shown ever-increasing concern over the coronavirus and its effects, with parties integrating measures aimed at preventing the virus' spread from interfering in the carrying out of political duties across the country and in Parliament.

According to sources of the ruling Justice and Development Party (AK Party), the weekly group meeting in the parliament under the leadership of President and head of the AK Party Recep Tayyip Erdoğan will not be held this week. If it will be held after next week, no visitors will be accepted to the group meeting.

Besides the AK Party, the group deputy chairmen of the main opposition Republican People’s Party (CHP) and the Nationalist Movement Party (MHP), the Good Party (IP) and Peoples' Democratic Party (HDP) also announced on social media that their group meetings this week are canceled.

Last week, the Turkish Grand National Assembly stated that no visitors would be allowed in the Parliament until March 31.

Meanwhile, the CHP is planning to reschedule its ordinary congress planned for the end of this month.

As part of the measures, the AK Party also canceled its upcoming camp in Ankara's Kızılcahamam district which was supposed to be held from April 3-5.

MHP became yet another party that paid major attention to the measures against the coronavirus by disinfecting the entire party's headquarters while urging party members to refrain from close encounters.