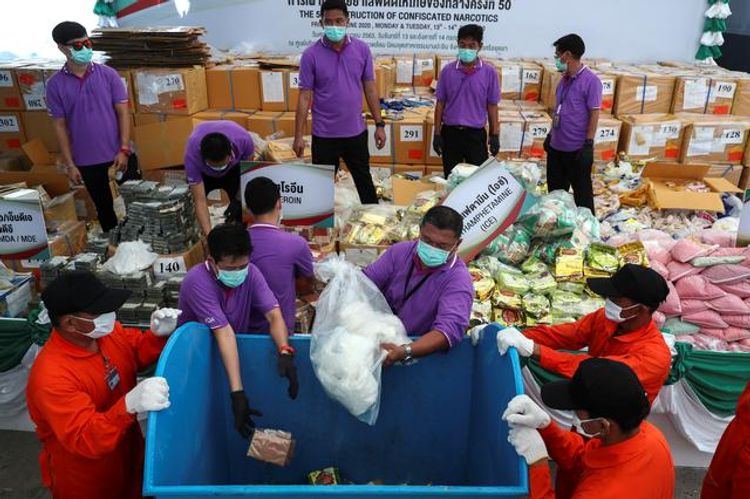 Thailand and Myanmar destroyed 25 tonnes of illicit drugs collectively worth more than $2 billion on Friday, but said the tide of drugs was growing as organised crime gangs boost supply and find new channels to do business, APA reports citing Reuters.

Southeast Asia’s Golden Triangle - where northern Myanmar, Laos and Thailand meet - has long been a hub of illicit drug trafficking. Production is now on an industrial scale.

In Ayutthaya, north of Bangkok, Thai authorities marked International Day Against Drug Abuse and Illicit Trafficking with a mass incineration of drugs.

Black-clad police commandoes guarded stacks of boxes of drugs unloaded from trucks, and heroin bricks and bags stuffed with pink methamphetamine pills where thrown into dumpsters for incineration.

“Our children are making the wrong decision to order narcotic drugs online. And the dealers send to them,” he said.

Thailand is used mainly as a conduit and distribution point.

“We are looking now at an increase in drug availability. Very dangerous,” Douglas said.