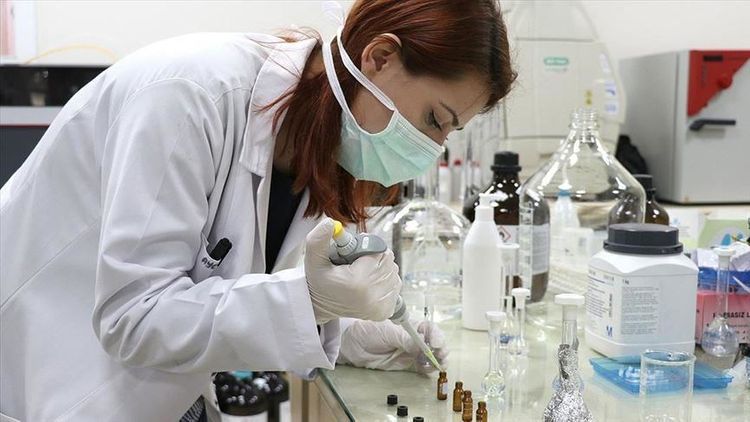 Scientists in western Turkey commenced the lab tests on Tuesday of an antigen they designed for a vaccine against the novel coronavirus, APA reports citing Anadolu Agency.

Research is ongoing with the collaboration of the Ege University Drug Development and Pharmacokinetic Research Application Center (ARGEFAR) in Izmir province and the Scientific and Technological Research Council of Turkey (TUBITAK).

A total of 32 scientists specializing in different branches came together to conduct the studies.

Dr. Mert Doskaya told Anadolu Agency that the design of the antigen, which is the first phase of the vaccine effort, was completed in a week.

The Vaccine Research and Development Group of the university will test the antigen and move on to the second phase, said Doskaya.

Citing the World Health Organization (WHO), Doskaya said that more than 50 research centers around the world have been trying to develop a vaccine against the coronavirus.

"In fact, studies in Turkey are at a similar stage with them.

"Five of these are in the clinical stage, meaning the first human experimentations have begun, and the rest are preparing for animal experiments," said Doskaya.

He underlined that the Turkish team planned to determine the effectiveness of the DNA vaccine they created and apply them to an animal model within four months, adding that they hoped to begin human clinical trials as soon as possible.