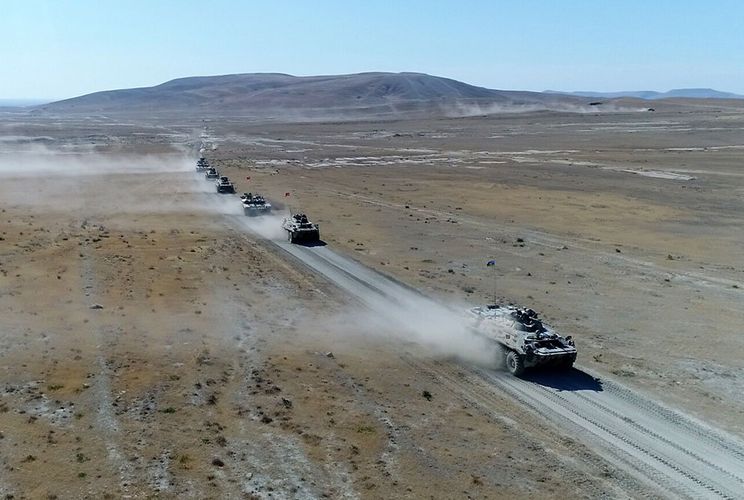 Another stage of the Azerbaijani-Turkish Live-Fire Joint Large-Scale Tactical Exercises held in our country has been completed, APA reports citing the Ministry of Defence.At this stage of the exercises, the units, passing through territory with different terrain relief, accomplished combat-training tasks for organizing and conducting counteroffensive operations using weapons and armored vehicles, delivering preemptive strikes against the military personnel and combat equipment of the imaginary enemy, as well as for liberating strategically advantageous areas and frontiers.The units successfully completed the assigned tasks, demonstrating high professionalism in interoperability with other elements of the battle formation. 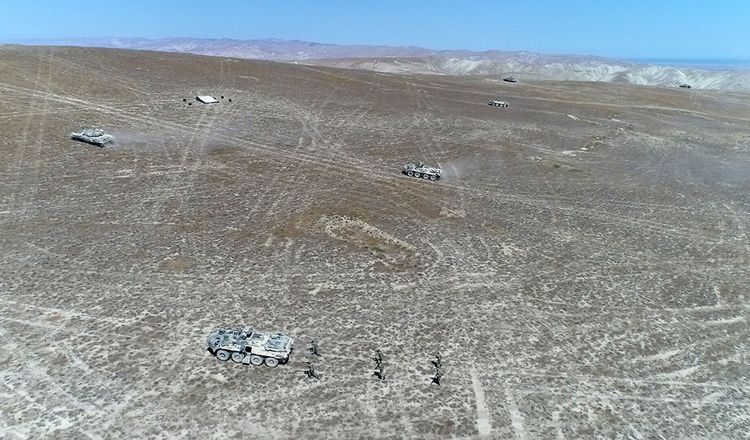 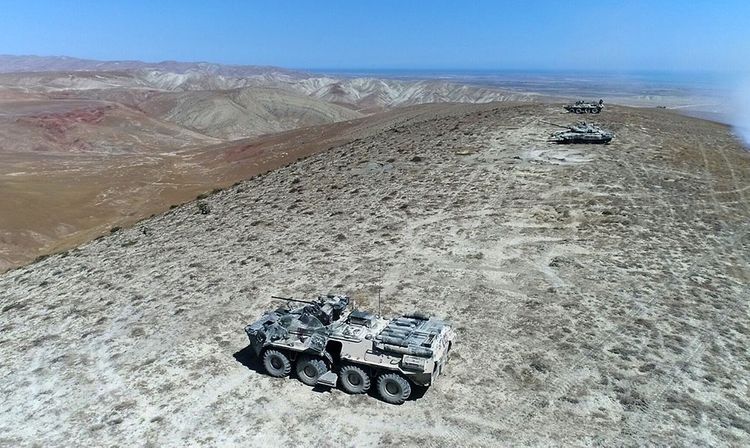