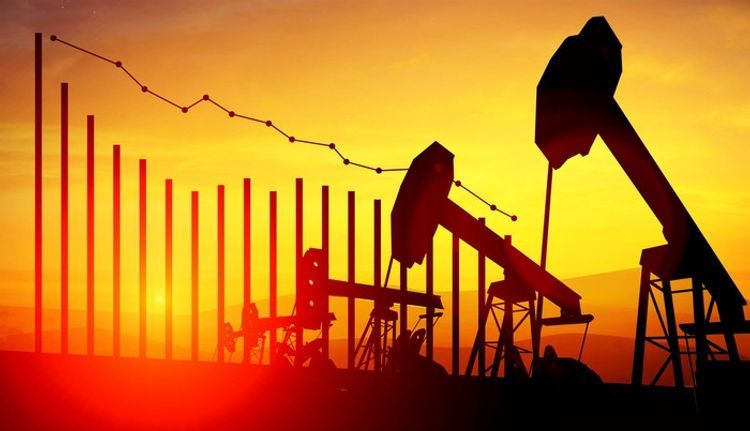 Goldman Sachs slashed its price forecast for second-quarter Brent crude oil by a third to $20 a barrel, predicting global demand would drop a record of 1.1 million barrels per day (bpd) this year as the coronavirus epidemic slams economic growth, APA-Economics reports citing Reuters.

At that level Brent would be at its lowest since February 2002. Oil prices slipped again on Wednesday, with Brent trading near $28.50 a barrel at 0558 GMT.

The demand hit from the virus could peak in late March, at 8 million bpd, the bank said, forecast a supply surplus of 3.9 million bpd and 5.7 million bpd in the first and second quarters respectively.

While global storage capacity inclusive of the U.S. strategic reserve, at about 1,100 million barrels, could accommodate this surplus, "the velocity of the upcoming inventory builds is now certain to overwhelm the ability to fill storage," it added.

On the flip side, lower supply and a recovery in demand could bring the oil market into a deficit of 1.5 million bpd by the fourth quarter, the bank said, keeping its third- and fourth-quarter Brent price outlook unchanged at $30 a barrel and $40 a barrel respectively.