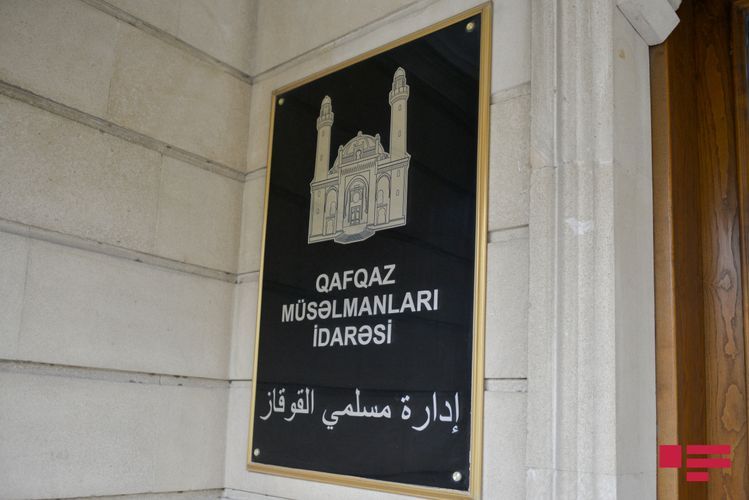 Chairman of the Caucasian Muslims Office Sheikh-ul-Islam Allahashukur Pashazade and heads of religious confessions operating in Azerbaijan – head of Baku and Azerbaijan Eparchy of the Russian Orthodox Church Archbishop Alexander, Head of the Religious Community of Mountain Jews Melih Yevdayev, Head of the Albanian Udi Christian Community Robert Mobili have made an appeal to the world community, religious leaders, and international organizations, CMO told APA.

The appeal reads: We, the leaders of religious confessions operating in Azerbaijan, strongly condemn the military provocation committed by the Armenian Armed Forces on July 12 in the direction of Tovuz region, the constant firing on civilians, settlements and religious temples, and call on the world community, religious leaders and international organizations not to be indifferent to the incident and demonstrate an appropriate position.

We support international efforts regarding the solution to the Armenian-Azerbaijani Nagorno-Karabakh conflict and call on international organizations, including the United Nations and the OSCE Minsk Group, to join efforts to provide adequate treatment to perpetrators of this crime targeting civilians."

The appeal says due to numerous mortal human casualties on the line of contact of the troops so far and on Armenia-Azerbaijan border currently, the wish of the Azerbaijani people, especially the youths to closely unite around the head of the state, to be mobilized into the army in a massive way and to make their way toward the front line is an elating sample of patriotism, but the assumption of igniting of the conflict and its turning into a large war in case of continuance of the military provocations by Armenia disturbs us, the religious figures: “This reality is the important point that has been continuing for over 30 years and should be taken into account by the parties engaged in the solution of the frozen conflict. The equating of the occupant and the party subjected to occupation in some cases can’t serve for the solution of the conflict. Compliance with international law and norms is the duty of everybody without any exception. The use of a weapon against the civil population is the continuation of the ongoing military aggression of the Armenian state, the ethnic cleansing, and the acts of terrorism committed against the Azerbaijani people”.