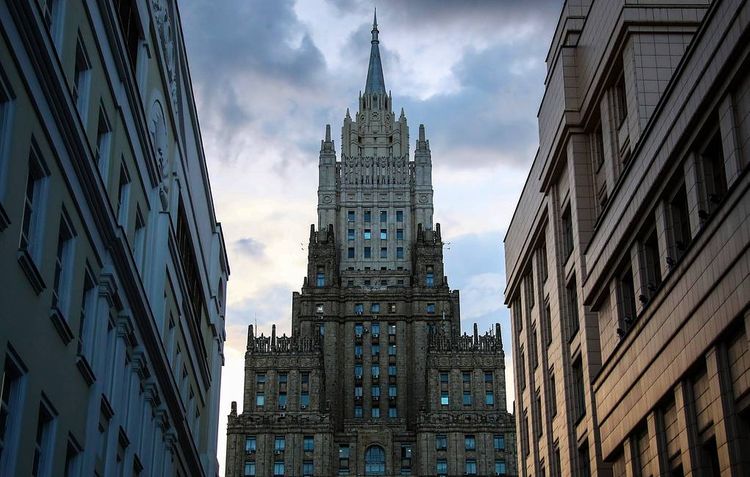 Russia has informed Polish Ambassador to Moscow Krzysztof Krajewski of its decision to expel five employees of the Polish diplomatic mission, they must leave the country by May 15, the Russian Foreign Ministry informed on Friday, APA reports citing TASS.

"It was stated that as a response measure to the provocative actions of Poland on expelling Russian diplomats, based on the principle of reciprocity, the ministry declared five employees of the Embassy of the Republic of Poland in the Russian Federation personae non gratae. They must leave the territory of the Russian Federation by the end of the day on May 15, 2021," the ministry stated.

The Russian Foreign Ministry expressed a resolute protest over Warsaw’s unfounded decision to declare three employees of the Russian Embassy in Poland personae non gratae "under an absurd pretext of showing solidarity with the United States of America" that groundlessly accuses Russia of being involved in cyber attacks on American territory.

"This served as another confirmation of the fact that Warsaw consciously follows the course for further degradation and destruction of our bilateral relations," the Russian Foreign Ministry stated. "Due to the efforts of the Polish government, for the last few years, contacts with Russia have been practically frozen, a shameful war is being waged against Soviet monuments, attempts to torpedo Russian energy projects are made, a large-scale anti-Russian information campaign is held, history is falsified, anti-Russian sanctions of the West are prolonged endlessly."