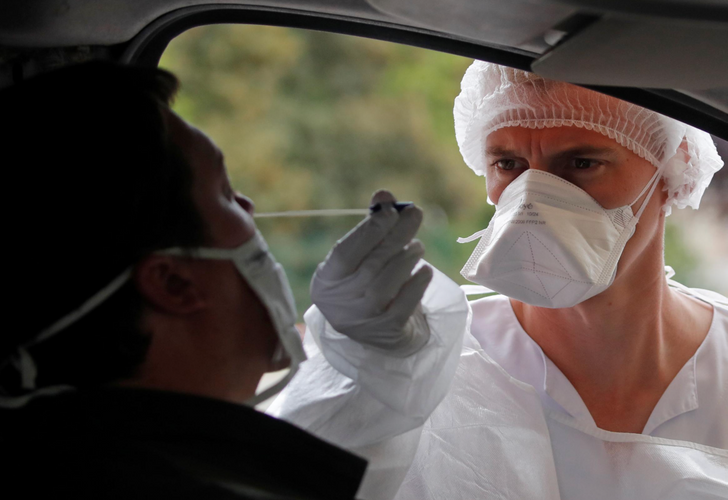 France declared its capital Paris and the port city of Marseille high-risk zones for the coronavirus on Friday as the government reported more than 2,500 new infections for the third day in a row, APA reports quoting Reuters.

The seven-day moving average of new infections, which smoothes out reporting irregularities, increased to 2,041, doubling over the last two weeks.

This went beyond the 2,000 threshold for the first time since April 20, when France was in the middle of one of Europe’s strictest lockdowns.

In the wake of these figures, Paris authorities published an updated map where wearing a mask will be mandatory, with whole swaths of the city now covered by the measure, including the famed Champs Elysees, which had been left out of the initial map.

Despite the rise in cases, which prompted Britain to remove France from its list of safe travel destinations, the number of people hospitalised due to the disease continued to fall, having dipped below 5,000 for the first time since mid-March on Wednesday.

Health ministry epidemiologist Daniel Levy-Bruhl described the situation as “worrying”, stressing the number of new cases was up sharply in all age groups but especially 25- to 35-year olds.