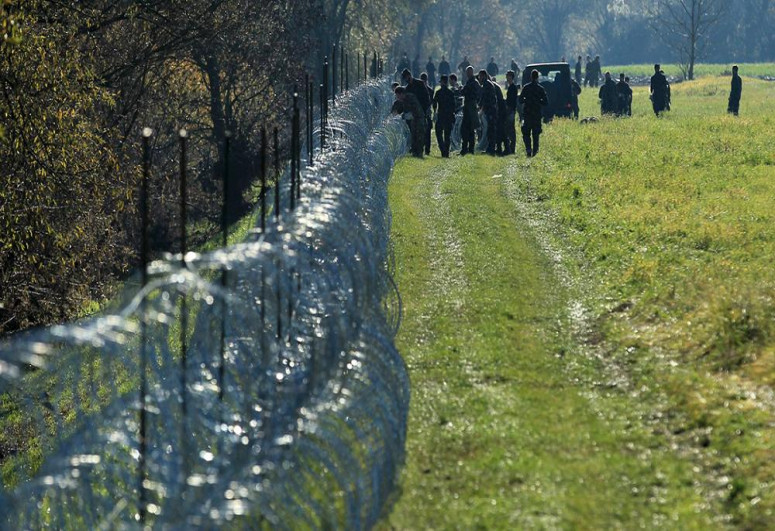 Romanian border police intercepted more than 20 foreign migrants who attempted to illegally cross the western border into Hungary, either by hiding in trucks or on foot, the border police authorities announced in two press releases on Wednesday, APA reports citing Xinhua.

According to the police, in a parking lot next to a highway in the western border area, the police found a man helping many people hiding in the nearby woods board three trucks registered in Romania or Bulgaria.

Later, one of the trucks carrying six foreign nationals was stopped at a nearby border crossing, while the other two were searched in the parking lot by the police, with a total of 12 illegal migrants found in the vehicles.

Preliminary checks established that the foreign nationals were from Pakistan or Afghanistan, aged between 18 and 30, all holding Romanian temporary identity documents.

The police placed the guide, an Afghan citizen with a residence permit in Romania, under pre-trial detention of 30 days for alleged trafficking in migrants.

Meanwhile, three other migrants from Afghanistan and one from Syria have been caught. The Afghans were found trying to walk across the border to Hungary, while the Syrian was hidden in a trailer driven by a Bulgarian, who was transporting metal structures on the route Turkey-Poland.

The border between Romania and Hungary is also the eastern border of the Schengen area. Police data quoted by the official Agerpres news agency earlier this year showed that the number of migrants captured at the borders to the Schengen area reached 2,011 in 2020, 2.5 times more than in 2019