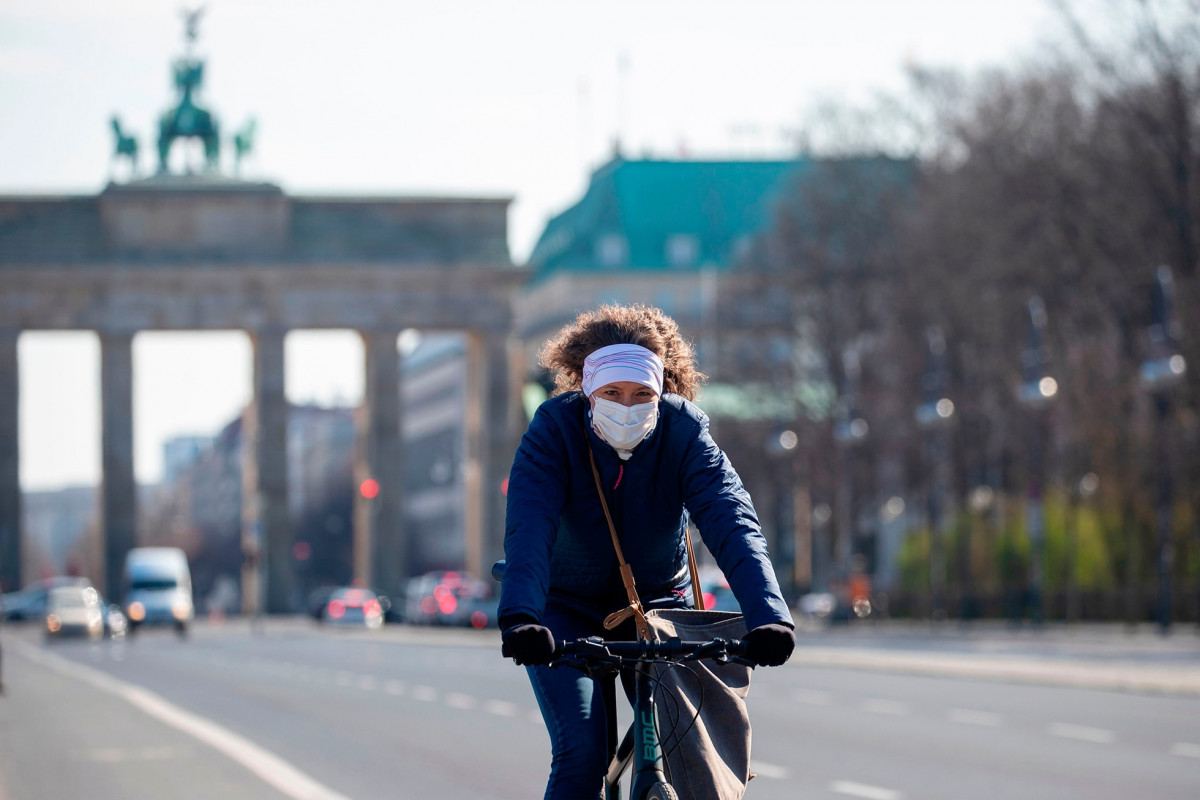 As the rate of coronavirus infections in Germany continues to fall, mandatory mask-wearing rules are set to be relaxed around the country, APA reports citing Guardian.

Berlin’s senate is today expected to announce that people will no longer have to wear face masks in busy shopping streets or zoos. Visitors to theatres, cinemas or opera houses will probably be allowed to wear simple cloth masks rather than medical FFP2 masks. A night-time ban on drinking in public spaces is also expected to be lifted in the German capital.

Some politicians are urging the government to scrap mask-wearing rules altogether. “While we have an incidence rate below 35, the state is no longer to impose wholesale restrictions on the fundamental rights of its citizens”, said Wolfgang Kubicki of the Free Democratic party (FDP).

Health policy expert Karl Lauterbach of the Social Democrats, junior partners in Angela Merkel’s coalition government, said it was important for people to continue wearing masks at indoor gatherings until more than 70% of the population had been vaccinated.

As of Tuesday morning, 48.7% of the German population has received at least one dose of a Covid-19 vaccine. The country’s disease control agency reported 652 new infections on Tuesday – roughly 50% down on the same point last week – and 95 new deaths.