Euro 2020: England through to first final since 1966 after beating Denmark 2-1 in extra time 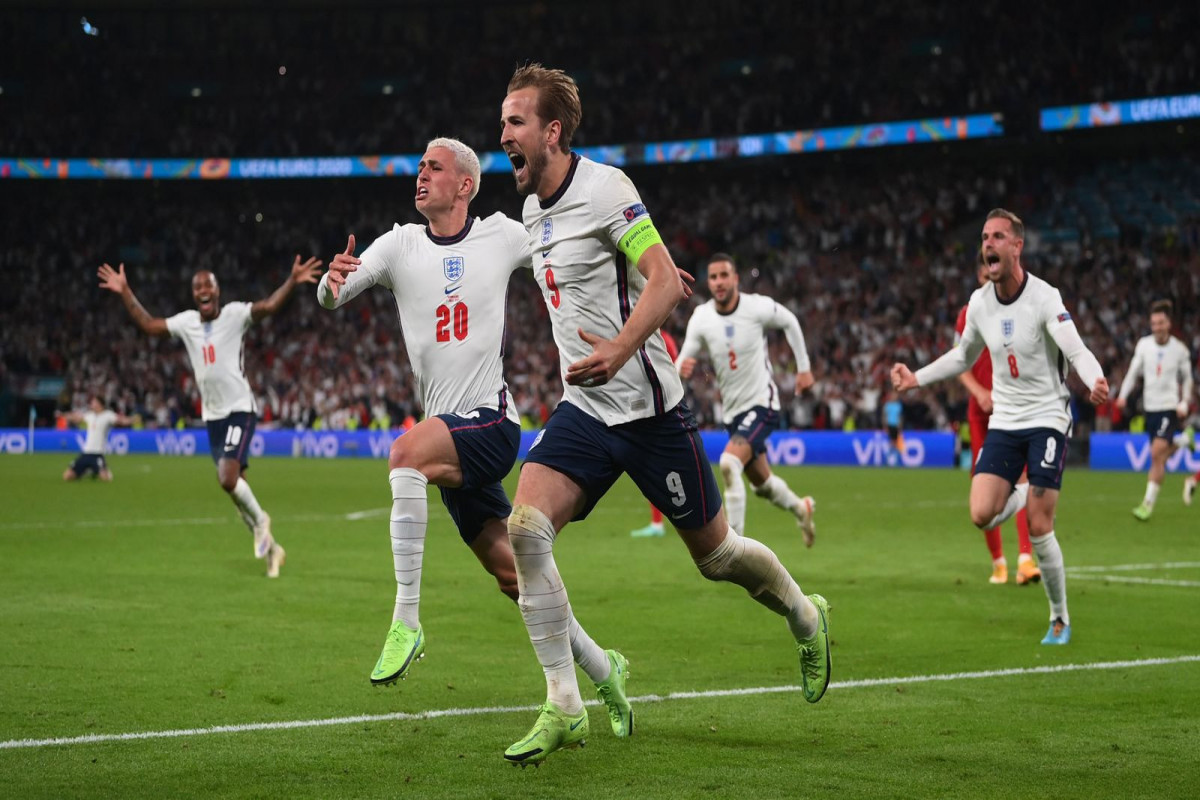 England have beaten Denmark 2-1 in extra time in the semi-final of Euro 2020 at Wembley to progress to their first major final in 55 years, APA eports..

Raheem Sterling was fouled in the box late in the first period of extra time, with the referee pointing to the spot.

Captain Harry Kane stepped up only to see his penalty saved by Kasper Schmeichel, but the rebound fell kindly to him and he powered the ball home.

England saw out the final period of extra time to send Wembley into ecstasy.

The Three Lions started the match brightly to the roar of the home fans; a great cross from Kane into the box just a touch too far for Sterling - and he had another chance a few minutes later but scuffed it into Schmeichel's arms.

The crowd quietened slightly as Denmark got more of the ball and started to probe into England's half.

But the home fans were stunned in the 30th minute when from Mikkel Damsgaard's free kick flew over the wall and beat Pickford, sending the Danish fans into raptures.