Armenian servicemen refuse to go to battles, there are arrested 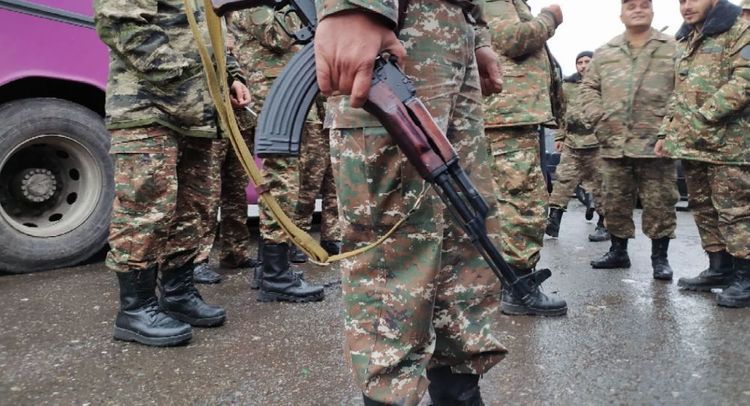 Armenian servicemen refuse to go to battles, the Ministry of Defence told APA.

Servicemen of the 543rd Regiment of the Armenian Armed Forces refused to go to Nagorno-Karabakh en masse. Employees of military prosecutor's office, coming to the military unit immediately, threatened to arrest the servicemen who refused to go to war and forced them to sign an undertaking to perform any combat mission.

A similar event happened in a dislocated military unit in a residential settlement in Koti. As military servicemen serving here refused to go to battle, they were arrested by military police.