Assistant to President: “We have neutralized military targets, jeopardizing our civilian population” 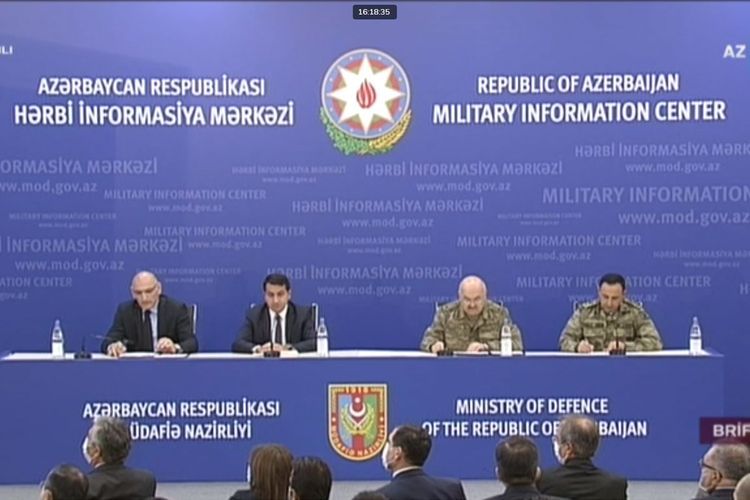 “You witnessed Armenian provocation when you visited Ganja”, said Assistant of the President of the Republic of Azerbaijan, Head of Foreign Policy Affairs Department of the Presidential Administration Hikmat Hajiyev at the briefing held for ambassadors of foreign countries, foreign military attaches, accredited in the Republic of Azerbaijan and representatives of international countries (the UN, the EU, the ICRC) in our country today, APA reports.

“Currently Armenia, grossly violating ceasefire regime, shells Aghdam, Terter, Goranboy, and other districts, cities, increases tension much more, and goes beyond the conflict zone. Armenia subjects to firing cities away from the conflict zone. Armenia fires Azerbaijan from its territory too. Armenia brought to readiness its rocket missiles to strike Ganja, Mingachevir, and other cities of Azerbaijan today. We took measures aimed at neutralizing these rocket missiles in order to provide the security of Azerbaijani citizens. This step of Azerbaijan is relevant to international laws. Because according to the law, Azerbaijan has a right to hit military targets, jeopardizing safety. Earlier, we saw that Armenia targets civilians, a large amount of civilians are killed. Azerbaijan neutralized military targets causing a threat, in order, not the incident to be repeated”, noted H. Hajiyev.