Alexander Budberg: “Statement on Nagorno Karabakh is military and political success of Azerbaijan” 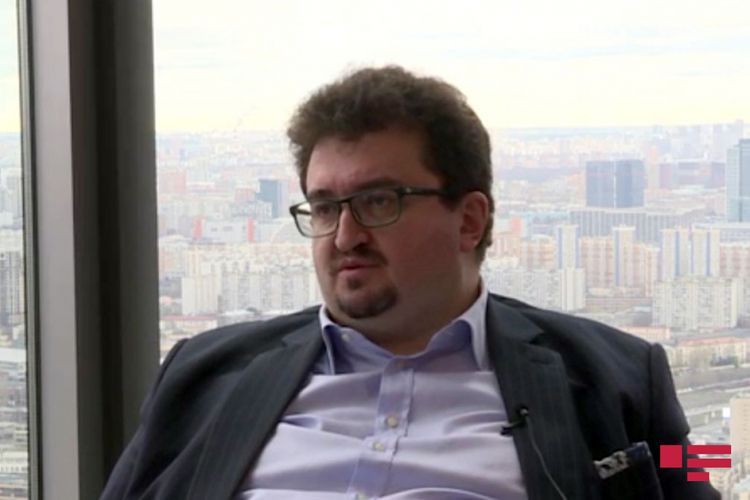 Azerbaijan won this war militarily and of course politically. It could go until the end and could kneel the enemy. But firstly, did Azerbaijan need to do that? If it did it would aggravate the situation around the conflict. I mean Russia, Iran, and other countries. In my opinion, the end of the war occurred on time. It is surely the military and political success of Azerbaijan, said Alexander Budberg, a well-known journalist and political commentator for the Russian publication “Moskovskiy Komsomolets” in his interview with APA’s Moscow correspondent.

He noted that in fact, the adopted document is not the end of the conflict, but the end of the war: “I think this document was signed timely by Azerbaijan. This document didn’t give the opportunity to the forces wishing to play with stability in the region. We know that Iran started to gather forces to the northern border. We understand that there is also a tense situation in Russia with regard to the conflict. In my opinion, Azerbaijan’s political leadership made this decision very timely and this decision is the great military and political victory of Azerbaijan”.

Budberg said he didn’t see so far especially the military tactic applied by Azerbaijan along with the use of such two regular armies, new technologies, and military operation based on technological decisions: “In this sense, Azerbaijan demonstrated that its rival was left at the lower technological development level. I think in this sense, Azerbaijan’s war experience will undoubtedly be studied from Moscow to New York. All academies of the world will unconditionally study this war and the first real war of the XXI century. This situation shows that the future wins a victory over the past. It becomes clear that the units of equipment the obtaining of which was difficult a few years ago don’t have a decisive role. Those samples of equipment are simply destroyed by unmanned aerial vehicles. While commandos may go round the fortified region and solve the course of combat operation. Just as we witnessed how the Azerbaijani commandos did it in Shusha. Therefore, the significance of these military operations will be interesting for the whole world”.

He noted that Turkey played great role in this conflict: “It backed Azerbaijan as a big brother. It has been felt by everybody. I would say that this time Russia, unlike in the pre-conflict period, has demonstrated a neutral position. To my mind, Russia and Turkey have a great participation in the adoption of the final document. However, this does not mean that Moscow and Ankara agreed on  in this regard before. Everything happened on the background of Azerbaijan’s military successes on the battlefield. According to Budbergin, the balance of the powers in the region is more successful for Azerbaijan now.

“Russia is no longer able to defend its interests strongly in the countries of the former Soviet Union. Russia does not have the influence tools and opportunities for this. Accordingly, the interests of other forces in the region are emerging. The balance of powers in the region is now more successful for Azerbaijan. Azerbaijan has healed its internal wound and solved the problem. However, it is understandable that small countries are obliged to reckon with players who have large interests in the region and in the world. These are Russia, Turkey, US and Europe. Those players have not gone anywhere. They can also influence the situation in the region as before.”