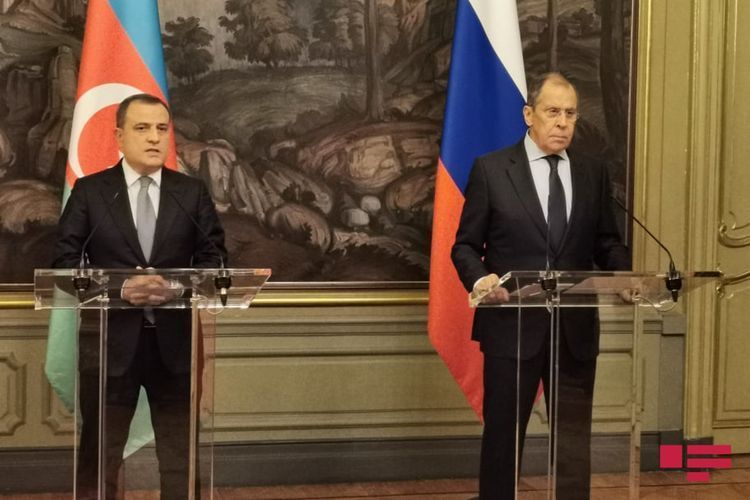 On September 27, 2020, with the initiative of the opposite side, the telephone conversation took place between Foreign Minister Jeyhun Bayramov and Sergey Lavrov, the Minister of Foreign Affairs of the Russian Federation, Azerbaijani MFA told APA.

During the telephone conversation, the Russian Foreign Minister expressed his concern over the situation in the region and stressed the importance of the restoration of the ceasefire.

Minister Jeyhun Bayramov noted that, on 27 September, violating the ceasefire regime, the armed forces of Armenia shelled the positions of Azerbaijan along the line of contact with the large-caliber weapons, mortars launchers, as well as various artillery and thus, launched another aggression against Azerbaijan, which is the continuation of the purposeful provocative activities conducted by Armenia over the recent months.

It was noted that the armed forces of Armenia have been met with appropriate countermeasures within the right of self-defense in order to ensure the security of the civilian population.

Sergei Lavrov has expressed his concern regarding large-scale military operations which causing casualties including civilians.

The Russian side has stressed the importance of a ceasefire soon.

He noted that Russia together with other co-chairs of the OSCE Minsk Group will continue its mediation efforts directed to stabilize the situation.