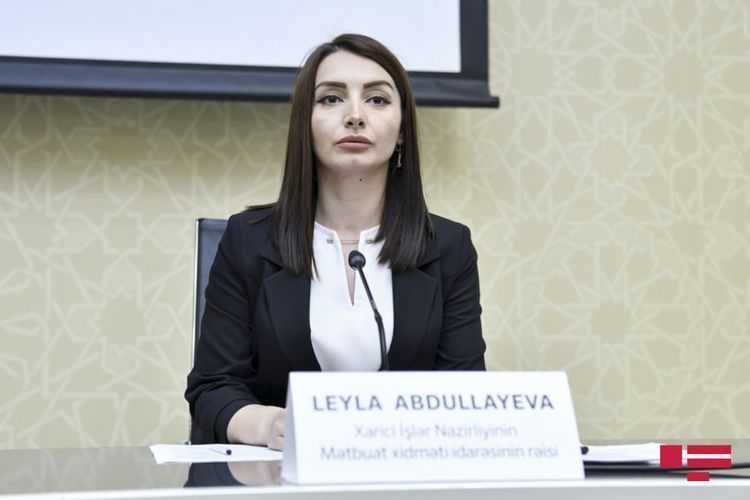 “There is an important amendment adopted in House of Representatives of the Congress,” said Leyla Abdullayeva, Spokesperson of the Ministry of Foreign Affairs (MFA) of the Republic of Azerbaijan at a press conference held today, APA reports.

She said that the authors of this amendment are members of Congress Steve Charlotte and Steve Cohen.

“It is an amendment to the submission of the report of the Secretary of State, in coordination with the Secretary of Defense shall submit to the appropriate Congressional committees a report on the status of internally displaced and killed persons in Ukraine, Georgia, the Republic of Moldova, and the Republic of Azerbaijan. Which are the important points here? In the amendment, the illegal occupation fact in the other 3 countries, including Azerbaijan is approved. It is about developing and submitting the information regarding the citizens who displaced in the occupied territories and lost their lives in those territories, to Congress together with the Department of Defence. It is about the amendment adopted by the House of Representatives of Congress. The process is still underway. In the current stage, this amendment has great importance for us. Because, the fact of occupation of Azerbaijani territories is approved here,” the official of MFA stressed.