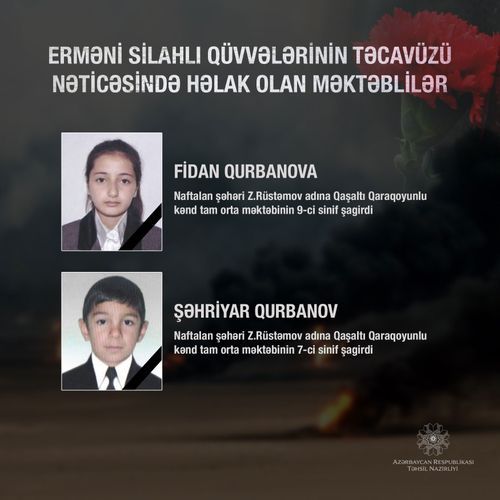 A whole family was killed in the city of Naftalan as a result of the shelling of our settlements by the Armenian armed forces on September 27, the Ministry of Defence told APA.

"Unfortunately, two of the victims of this aggression are schoolchildren. Shahriyar Gurbanov, born in 2007, and his cousin, Fidan Gurbanova, born in 2006, are pupils of Gashalti Garagoyunlu village secondary school named after Z.Rustamov," the Ministry said.