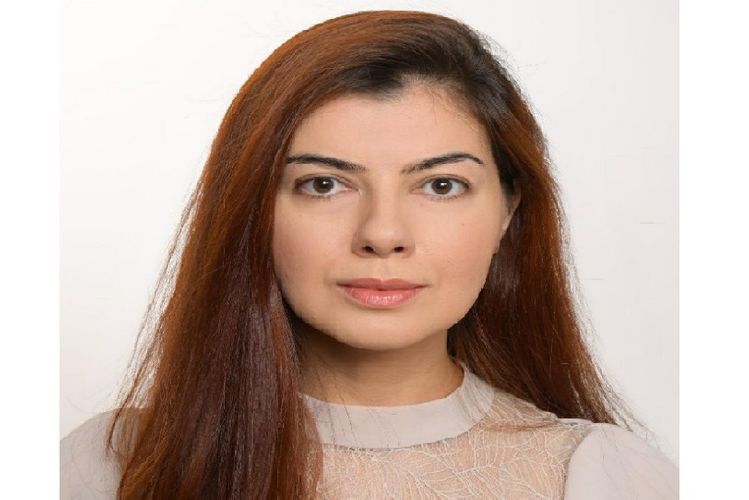 The way the journalist formulated his questions was quite disturbing, in that, such a sarcastic mixture of sense of superiority and self-righteousness perfectly embodies the tendentious approach that the many uninformed and misinformed “experts on the matter” have had since decades. Thus, the chance to face and answer questions asked by someone with fierce negativity towards Azerbaijan is of the highest importance.

Let's begin with calling things by their name. Azerbaijan is a country that still remains to many difficult to imagine or to simply point out on the map. Despite being correlated in the mass culture to the "Prince Caspian" or "Aslan", this Caucasus country was still beyond abstraction to the majority of people until the last month and a half.

Let's see the aspects that make the so-called experts so sure of their knowledge, which indeed happens to be manipulated, while the truth remains swept under the rug.

At first, here is the fact on numbers of Armenians in the region of Nagorno Karabakh.

The all interview to President Aliyev aimed to rather state what was asked in the following question:

“Are you actually recognizing that the majority of people in this region were Armenians as most historians say worldwide? Haven’t they been living there for centuries?”

Anyone who only happened to open his eyes and ears to understand the matter, grabs this information in the air and then comes forward with it, repeating it like a litany, to show how they are aware and informed.

However, it is groundless to speak about correlation of numbers and ownership of the land in this particular case because a large presence of Armenians in the Karabakh was not earlier than the Treaty of Turkmenchay, signed between Russia and Persia in 1828. This agreement divided the Azerbaijani Principalities, bringing a number of them under the rule of Russian Tsar. Territories that then stayed under the rule of Russian Empire today constitute partly territories of the Republic of Azerbaijan. Remarkably, the Treaty of Turkmenchay was advantageous in many strategic aspects to Russia, allowing the implementation of its colonial aspirations by bringing from Persia Christian Armenians and settling them on the lands of Muslim Azerbaijanis in Erevan and Karabakh Khanates.

Alexander Griboyedov, a poet, writer, composer, orientalist and diplomat, the Envoy of Russia who took part in the planned relocation of Armenians, was very skeptical about such project and tried to warn superior rank Russian bureaucrats, predicting clashes in the future between the two nations. His efforts were neglected, his opinion ignored. The detailed information is available in his letters and memoirs within full composition of his writings published in Russia.

Yury Tynyanov, Soviet writer, literary critic, translator, scholar, screenwriter and biographer of Griboyedov, wrote a novel, "The Death of Vazir-Mukhtar", in which the details of the above mentioned process, thanks to a scrupulous investigation of the author in archives, are traceable and very informative. Strikingly, this novel remains obscure even to the majority of specialists of Russian literature and orientalists and the reasons behind this fact are not clear.

Here it is important to add that since the Treaty of Turkmenchay in 1828 Muslim architecture in the region was liquidated, geographical names changed and population of Armenians was steadily rising due to the constant transfers of Armenians from other countries. Simultaneously, inhabitants of Azerbaijani origin were forced to leave and occasional ethnic cleansings in 1918-1920 and 1988-1993 were performed.

Another question during the above mentioned interview to President Aliyev was:

"So, most of the historians, experts on the Caucasus region, are wrong?"

In fact, the history the journalist was talking about is only a one-sided version, which has been heavily fabricated and recomposed to the extent it doesn't represent real facts anymore. In this case, nowadays we are dealing with an outstanding example of how the mass media disinformation is considered by millions to be pure truth.

Indeed, here we must divide the mass media groundless sensation seeking hysteria from the academic knowledge based on historical documents. It's been decades that countless false claims made through mass media, became the truth in the eyes of those whom such claims were addressed to, and this all was just accepted without checking the facts.

Therefore, it would be worth it to demand to those who are relying on histrionic stories about the origin and sufferings of Armenian nation to be at least aware that facts should be always checked and Azerbaijan side also listened and taken into consideration.

Many documents on the matter have been digitalized and are available on the internet for a thorough research. Those documents are indeed an undisputable proof that "most of the historians" mentioned by the representative of German TV Channel ARD have been manipulating the factual history.

International community has to acknowledge that the majority of pro-Armenia points of view, do not oppose academic facts, but exploit instead the ignorance of the audience. It is dealing with stories that have been spreading since many decades to brainwash public opinion. It is time for the world to come out of its lethargy and become aware that disinformation doesn't hesitate to ignore international law and UN resolutions.

Do you think that the representative of ARD while saying: "...most of the historians, experts on the Caucasus region" would have been able to name any?