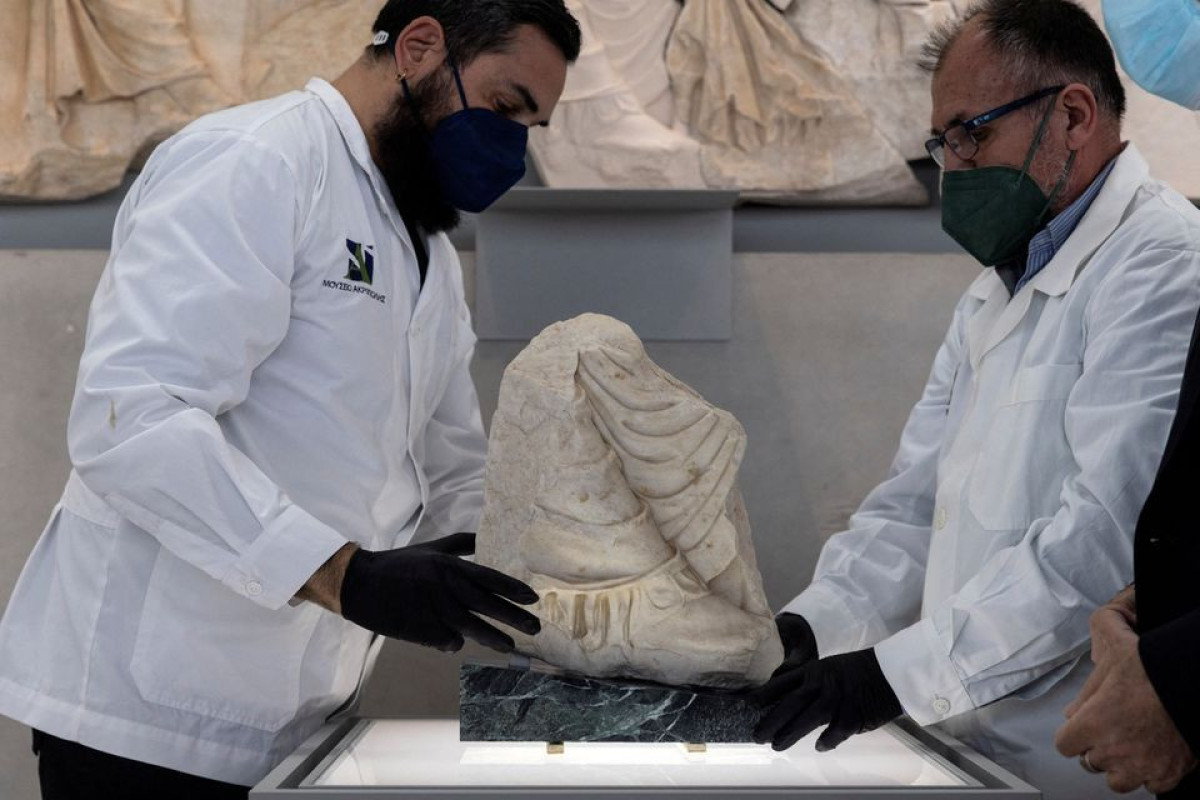 A marble fragment of the Parthenon temple will be permanently returned to Athens from a museum in Italy, a significant move for Greece which has stepped up its campaign for the return of the sculptures from its most renowned ancient monument, APA reports quoting Reuters.

The "Fagan fragment" is a 35-by-31-centimetre (12-by-14-inch) marble fragment showing the foot of the seated ancient Greek goddess Artemis. It was part of the 5th century BC temple's eastern frieze.

It was included in the collection of the 19th century British consul general to Sicily, Robert Fagan, a diplomat and archaeologist, before it was purchased by the Royal University of Palermo in 1820 from his widow after his death.

It is not clear how Fagan first acquired it.

The fragment was loaned to Athens in January for four years by the Antonio Salinas Archaeological Museum in Palermo, with a renewal option for another four years.

"The so-called Fagan fragment ... can stay in Greece forever," Greece's culture ministry said on Friday, thanking the Sicilian government. "Sicily paves the way for the return to Greece of the Parthenon marbles," it said.

The move is significant for Athens, which has repeatedly called for the permanent return from the British Museum in London of the 2,500-year-old sculptures that Britain's Lord Elgin removed from the Acropolis temple in the early 19th century, when Greece was under Ottoman Turkish rule.

The British Museum, custodian of the marbles which include about half of the 160-metre frieze that adorned the Parthenon, has ruled out returning them, saying "the sculptures are part of everyone's shared heritage and transcend cultural boundaries".

Greece has stepped up its campaign for their return in recent years after opening a new museum in 2009 at the foot of the Acropolis hill that it hopes will one day house them.

In March, the United Nations' cultural agency UNESCO urged Greece and the UK to hold talks and reach a settlement on the issue.

On Friday, Greece's Culture Minister Lina Mendoni welcomed UNESCO's recommendation, saying the country is ready for an honest dialogue with the UK in good faith, "taking into account the historical, cultural, legal and moral dimensions of the issue."