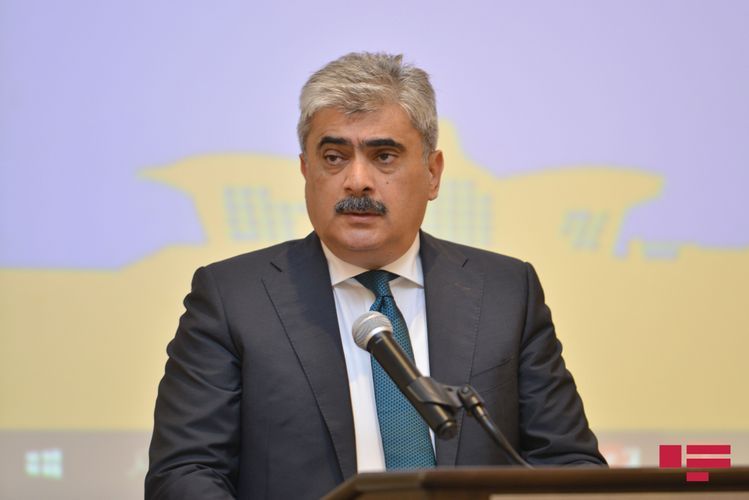 “State budget, submitted to the Azerbaijani Parliament after historical victory, which all of us experienced with great honor, has been discussed in all committees and plenary meetings of the Parliament,” said Minister of Finance Samir Sharifov at the today’s Parliamentary meeting, APA reports.

Minister noted that despite a shortage of time, discussions, held in Parliament, contain all realities: “Excepting some suggestions, sounded regarding some current issues, suggestions of the Deputies are following. Construction of infrastructure in connection with the restoration work in the liberated territories, increase of funds allocated for this purpose to provide employment, the involvement of local entrepreneurs and Azerbaijanis living abroad in this field, unification in a single center.

On the instructions of President Ilham Aliyev, work is underway to complete a special draft program with the involvement of international experts to assess the damage to infrastructure and the population living in the liberated territories and to clarify other important issues.

Once all this is completed, the sources of funding and external resources will be identified. On the instructions of the President, consultations are already being held with a number of international financial institutions."