Shevchenko: Despite the frenzied propaganda, the majority of Russian citizens understood that the truth was Azerbaijan's side 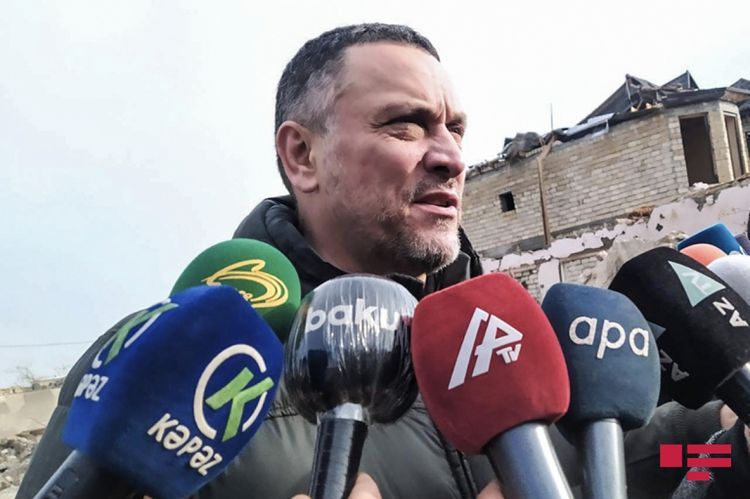 "They understood that despite the frenzied propaganda that aired on Russian state television channels, the truth was on the side of Azerbaijan," said the Russian political scientist, journalist, TV presenter and public figure Maksim Shevchenko, who is in Ganja, answering a question from journalists about the pressure exerted on him, APA reports.

According to him, it does not matter compared to what he sees here when he sees portraits of martyrs who gave their lives: "The pressure on me is nothing, it is nothing more than the pressure of the wind. Therefore, I can say that my opinion is not only the opinion of Maksim Shevchenko, that this is the opinion of a huge number of Russian citizens, whose voices you will not hear on the official TV channels of Russia. But these are those who live in Moscow, Kazan, Ufa, Yakutsk, the Caucasus, they understood that despite the frenzied propaganda that went through state channels, the truth is on the side of Azerbaijan. Believe me, the overwhelming majority of the Russian people and other peoples of Russia - Tatar, Bashkir, Caucasian peoples, Finno-Ugric peoples, have always been with you, because we are on the side of justice. And despite the fact that sometimes it seems to you that the voice of television is the voice of Russia, you should know that it is not so. This is the voice of those who suppress Russia in the same way as they took away your homeland. You restored justice, I think that looking at you, many will follow this example."