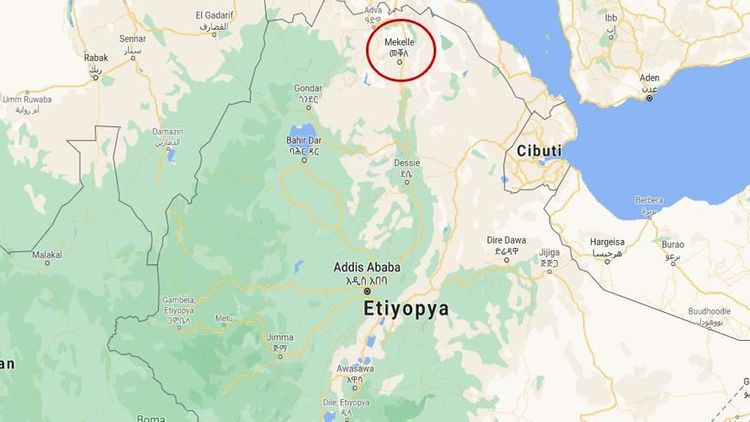 The Ethiopian government on Monday said its air force hit military targets in Mekele, the capital of the country's Tigray region where the army is engaged in an armed confrontation with rebels, APA reports quoting Anadolu Agency.

Redwan Hussein, spokesman of the newly-established emergency task force on Tigray, and Brig. Gen. Kitila Bulti, spokesman for the Ethiopian army, confirmed this at a joint news conference.

“Yes there was an airstrike at suburban Mekele,” Redwan said, without sharing which target was hit.

Over the past days, the Ethiopian forces have intensified air strikes against military targets in Tigray region.

Kitila said these were precision air strikes which ensured that civilians were not harmed.

“The mission covers six IGAD [Inter-governmental Agency for Development] countries to deliver the message of the prime minister that we don’t need mediation because mediation would incentivize a sub-national unruly group,” Redwan said referring to the Tigray People's Liberation Front (TPLF).

Earlier this month, Ethiopia launched what it described as a law enforcement operation in Tigray state after the TPLF attacked Ethiopian army troops stationed in the region.