Eighth confirmed coronavirus case in US is travel-related 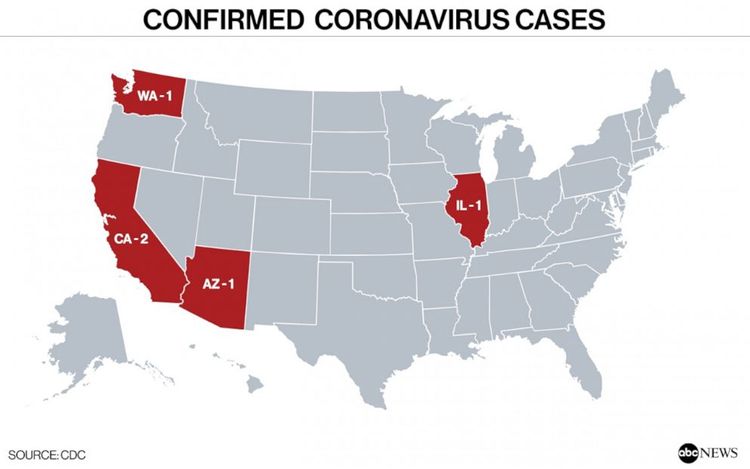 The eighth confirmed US case of the coronavirus is in a man in his 20s who lives in Boston, according to a press release from Boston and Massachusetts health officials. The man recently returned from Wuhan, China, the epicenter of the outbreak, APA reports citing CNN.

The Massachusetts Department of Public Health and the Boston Public Health Commission were notified by the US Centers for Disease Control and Prevention of the positive test results late Friday evening.

The man sought medical care soon after his return to Massachusetts, Massachusetts and Boston health officials said. He has been isolated since that time. His few close contacts have been identified and are being monitored for symptoms, according to the press release.

“Our priority is not only to protect and inform the residents of Boston but also to help this man continue to recover. We are pleased that he is doing well,” Boston Public Health Commission Executive Director Rita Nieves said in the release. “Right now, we are not asking Boston residents to do anything differently. The risk to the general public remains low. And we continue to be confident we are in a good position to respond to this developing situation.”

This new case, announced Saturday, is the first case in Massachusetts. There are three confirmed cases of the novel coronavirus in California, one in Washington state, one in Arizona and two in Illinois. The second Illinois case is the first instance of person-to-person transmission in the US.