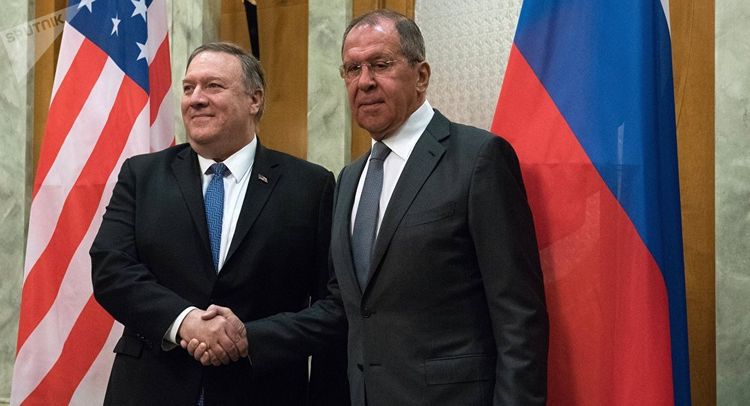 United States National Security Advisor Robert O'Brien had previously told CBS that he was not ruling out the possibility of Sergei Lavrov's meeting with US President Donald Trump following the talks between the Russian diplomat and the US Secretary of State, APA reports quoting Sputnik.

Russian Foreign Minister Sergei Lavrov and US Secretary of State Mike Pompeo are meeting in Washington DC on Tuesday, 10 December, as the Russian envoy is paying a working visit to the United States.

According to the Russian Foreign Ministry, the two officials are expected to exchange their views on key international matters and topical issues concerning bilateral relations.

The Washington Post previously reported citing White House sources, that Pompeo intends to discuss arms control and the situations in Syria and Ukraine with his Russian counterpart.