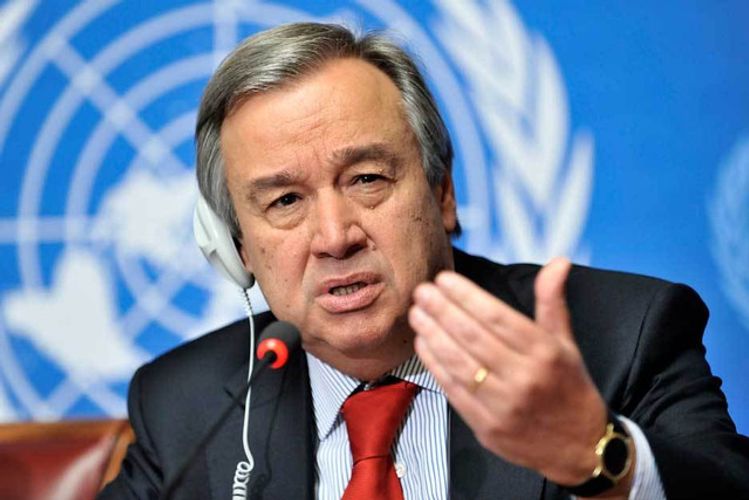 In a report released on Monday, he called upon the Indian government to take preventive measures to protect the children by ending the usage of pellet guns, while also showing concern over the detention of children including their arrest during night raids, internment at army camps, torture in detention and detention without charge or due process.

The UN chief urged the Indian government to immediately end this practice showing concern that 68 children in the region have been detained by Indian security forces on national security charges.

The report, Children and Armed Conflict, said that the UN has verified over 25,000 grave violations against children globally from January to December 2019, stressing the children face continued unabated ‘tragedy’ throughout the year.

With respect to Jammu and Kashmir region, the report said that the UN verified the killing of eight children and maiming of seven, by or during joint operations of the Central Reserve Police Force, the Indian Army (Rashtriya Rifles) and the Special Operations Group of the Jammu and Kashmir Police, Lashkar-e-Tayyiba, unidentified armed elements, or during shelling across the Line of Control.

The UN also verified attacks on nine schools in Jammu and Kashmir by "unidentified elements", the report said.

In the report, UN Special Representative of the Secretary-General for Children and Armed Conflict Virginia Gamba also said that boys and girls used and abused in armed conflict in the world have had their childhoods replaced by "pain, brutality and fear while the world watches."

Many children's rights activists in the region have welcomed the UN report but called for an immediate halt of violence in the region which is affecting the children.

Musavir Manzoor, a children's rights activist and a research scholar in the region, told Anadolu Agency that there has been a spike in violence against children since 2008 when civil agitation began in the region.

“The exposure to detention centers, police lock-ups, courts and in particular to the ongoing situational changes has made these children suffer in isolation and in trauma,” Manzoor said.

Earlier in March, the UN had also called for a global cease-fire in view of the current pandemic crisis but the Indian-administered Kashmir has seen a high number of casualties because of violence rather than the pandemic.