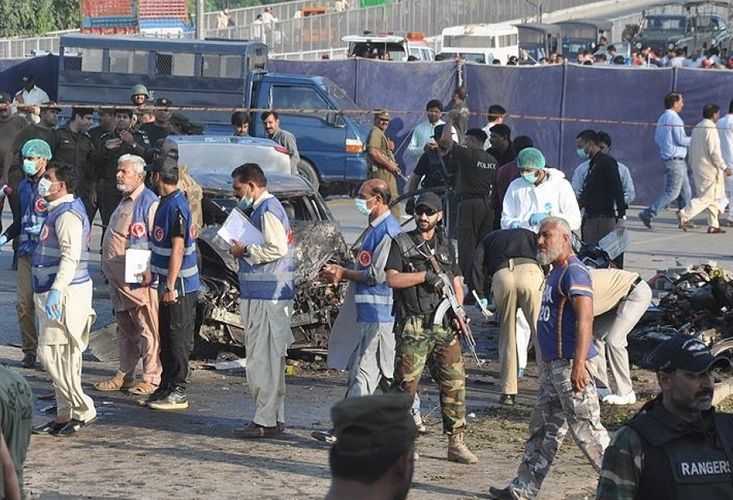 According to their reports, the explosion occurred at a market located alongside the Chaman Road in Qilla Abdullah district of the southwestern Balochistan province when policemen were performing duty near a mosque.

One police officer and two civilians were among the wounded. Police, security forces and rescue teams rushed to the site and shifted the body and the injured to a hospital in the district.

Local police said that around five kilograms of explosives along with ball bearings were used in an improvised explosive device planted at a motorcycle.

Some unknown miscreants parked the motorcycle near the police van and detonated the bomb with a remote-controlled device.

The police van and several other vehicles parked nearby were damaged in the attack.