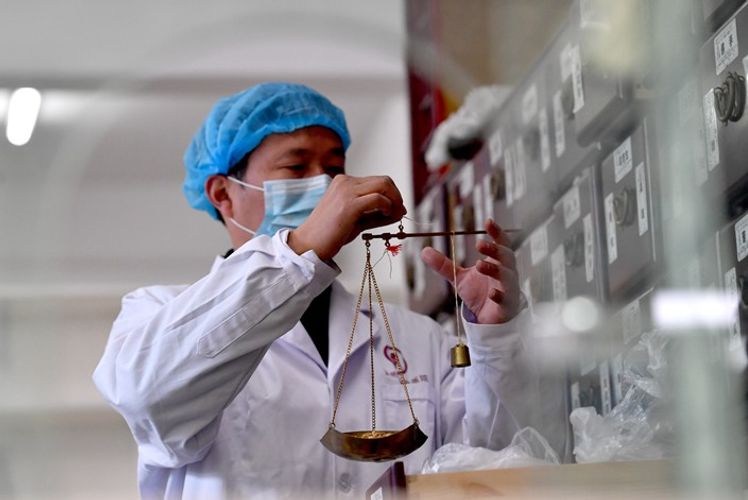 The government has already begun officially recommending the drug’s use. Fujifilm Toyama Chemical developed favipiravir, sold under the brand Avigan.

“It has a high degree of safety and is clearly effective in treatment,” said Zhang Xinmin, director of the science ministry’s China National Center for Biotechnology Development, in a news conference. Fujifilm Toyama Chemical developed the drug in 2014, and it has been provided to patients in Japan as treatment for the novel coronavirus since February.

On Wednesday, shares in Japan’s Fujifilm opened at their daily limit. At 5,238, they were 15% higher than the previous day’s close in Tokyo.

Zhejiang Hisun Pharmaceutical signed a patent-licensing agreement for favipiravir with Fujifilm in 2016. The drugmaker received clearance to produce the drug from Chinese authorities in February and can ramp up output of a generic version.

The clinical trial was conducted at hospitals in Wuhan and Shenzhen, with 200 patients participating. Test results for those receiving the drug turned negative in a shorter period, and their pneumonia symptoms improved at a higher rate.