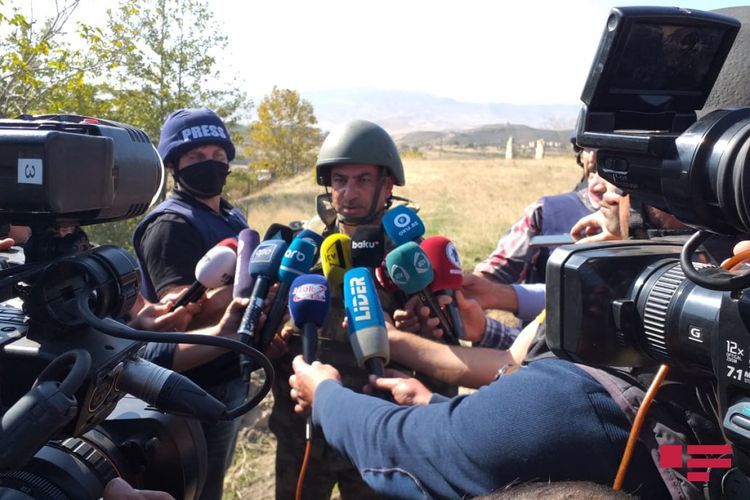 “The victorious campaign is continued under leadership of President of the Republic of Azerbaijan, Commander-in-Chief of the Armed Forces Ilham Aliyev”, said colonel Elshad Abilov in his statement to journalists in Jabrail region liberated from occupation, APA reports.

The colonel said the Armenian Armed Forces inflicted fire from heavy artillery on residential settlements of Azerbaijanis, there were mortal and wounded casualties among civilian persons: “In response to this, the Azerbaijani Army started counteroffensive operations. Several residential settlements have already been liberated from the Armenian occupation. The successful operations are continued. There is high discipline and enthusiasm in the Azerbaijani Army. Our soldiers and officers are ready to sacrifice their life and blood for liberation of the lands from occupation. The enemy knows this well. The battles are continuing. We have successes, and this will continue the same way”.

E. Abilov noted that despite of existence of humanitarian ceasefire, the Armenian army continues to inflict fire on residential settlements and civilian population.