5.8 bln. c/m of gas transported via TANAP so far 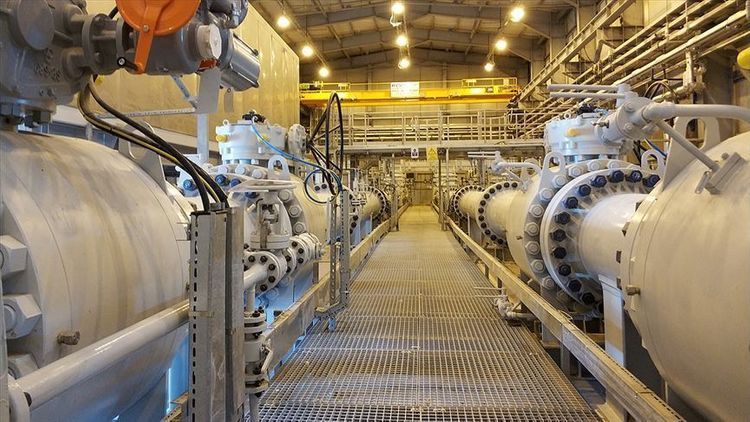 As of June 29, the volume of gas delivered to Turkey via Trans-Anatolian Gas Pipeline (TANAP) reached 5.8 billion cubic meters, the Ministry of Energy told APA-Economics.

On this day, June 30, 2018, the Trans-Anatolian Natural Gas Pipeline (TANAP), built to transport Azerbaijani gas to Turkey and Europe, began transporting the first commercial gas from Azerbaijan to Turkey.

2 bln. c/m gas has been supplied in the first year through TANAP pipeline, starting from the Turkish border with Georgia and lying down to the border with Greece.
“Today is the second anniversary of trade operations through this pipeline. From commissioning as of June 29 of the current year, nearly 5.8 bln. c/m gas has been transported to Turkey via the TANAP”, noted in the information.

According to the information, the test supply of gas started in a part of the TANAP, covering from Eskisehir to the Turkish-Greek border on April 15, 2019 and gas, produced in the Shahdeniz field, has been delivered to Turkish-Greek border through TANAP on June 15. From July 1, TANAP has been made ready for transportation of Azerbaijani oil to Europe, while on November 30, the commissioning ceremony of the second phase –a part of TANAP, which combines with Europe, was held.