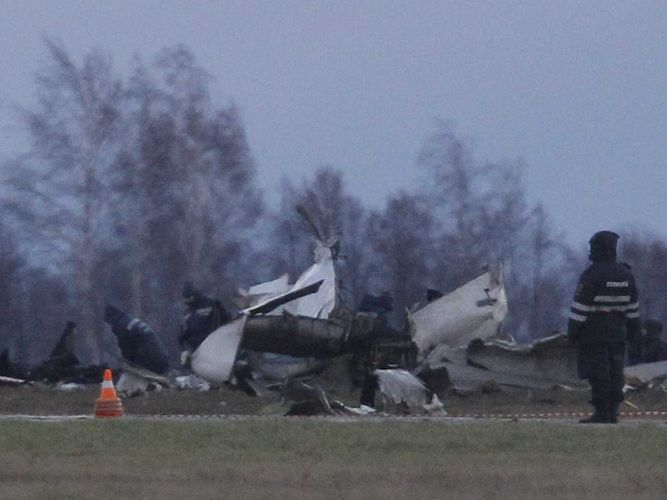 One person died in the crash of a Bell helicopter in Tatarstan, some 850 kilometers east of Moscow, and two more were injured, the Russian Emergencies Ministry’s press office told TASS on Friday, APA reports.

"One person was killed and two injured in a rough landing. They are being taken to hospital," the Emergencies Ministry said.

Airat Khairullin, a deputy chairman of the State Duma’s Committee on Agriculture, was killed in the helicopter crash in Tatarstan, two more people, who were on board, are in critical condition, a source at the lower house of Russia’s parliament told TASS.

According to the ministry, the helicopter was flying from the settlement of Levashovo in Tatarstan’s Alekseevsky district to the settlement of Matyushino in Laishevo district. It did not arrive at the destination at the scheduled time.

The emergency services told TASS that the helicopter crashed on the ice of the Kuibyshev Reservoir, six kilometers off the shore. The pilot was trying to make an emergency landing, but the helicopter fell and crashed.