Azerbaijan's Minister of Defense meets with the new Ambassador of Turkey 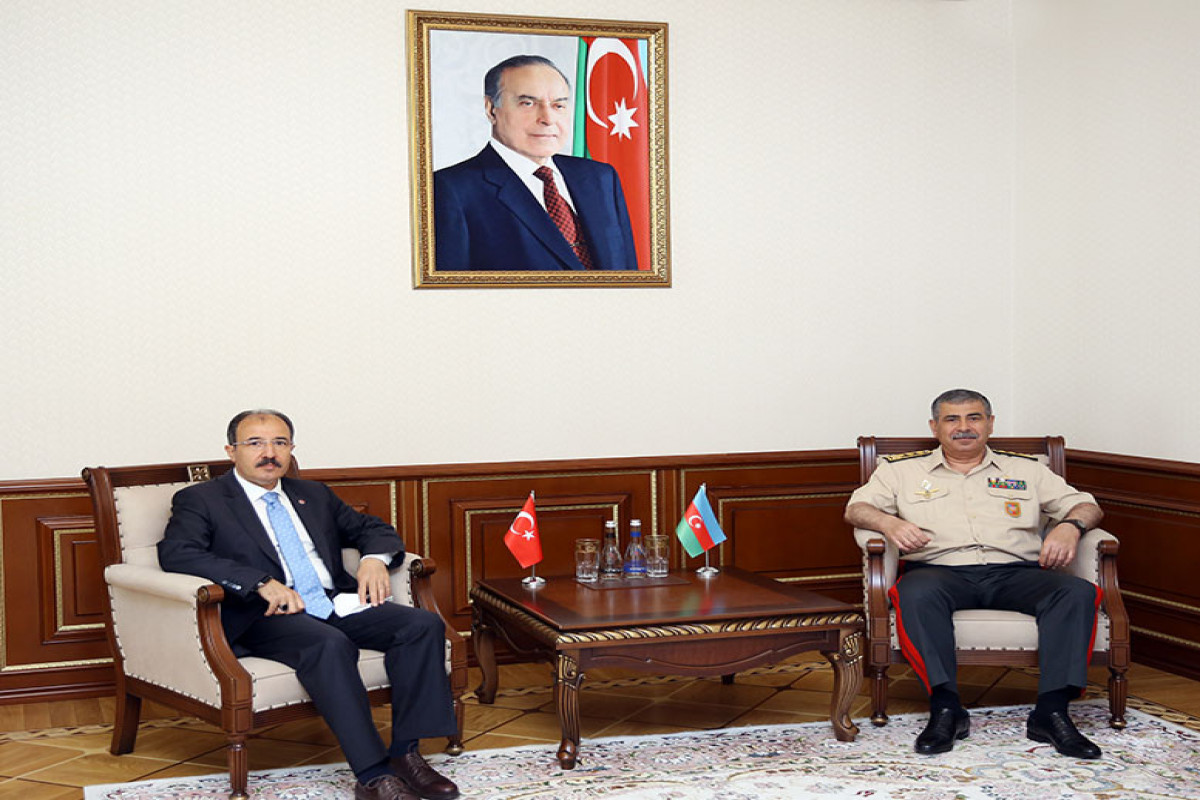 © APA | Azerbaijan's Minister of Defense, Zakir Hasanov and Ambassador Extraordinary and Plenipotentiary of the Republic of Turkey to Azerbaijan Cahit Bagci

On July 14, the Minister of Defense, Colonel General Zakir Hasanov met with the newly appointed Ambassador Extraordinary and Plenipotentiary of the Republic of Turkey to Azerbaijan Cahit Bagci, APA reports citing the Press Service of the Ministry of Defence.

Congratulating the Ambassador on the beginning of his diplomatic mission in Azerbaijan, the Minister wished him success in strengthening the alliance and expanding cooperation between Azerbaijan and Turkey.

Noting that the reforms to bring the Azerbaijan Army in line with the standards of the Turkish Armed Forces are being carried out under the instructions of the Supreme Commander-in-Chief, the Minister of Defense brought to attention that increasing the number of joint military exercises with the involvement of various types of troops, including Special Forces of the armies of both countries, is planned.

Highly appreciating the level of cooperation between Azerbaijan and Turkey in the military, military-technical, military educational, and military medical spheres, Colonel General Z. Hasanov expressed his gratitude for Turkey's support in training military personnel and in the process of clearance of the liberated territories of mines and unexploded ordnance.

C. Bagci expressed satisfaction with the beginning of his mission in our country as an Ambassador and said that he would make every effort for the development of Azerbaijani-Turkish relations, in particular for cooperation in the military sphere.

Expressing condolences to the Azerbaijani people in connection with the anniversary of the Tovuz Battles, C. Bagci also congratulated the Azerbaijani people on the victory in the Patriotic War, wished the mercy of Almighty Allah to the souls of all servicemen and civilians fallen Shehids (Martyrs), as well as healing to the wounded.

The Turkish Ambassador noted that his country is always beside Azerbaijan and will continue to provide comprehensive support to the Azerbaijan Army.

At the meeting, it was noted that the military cooperation between Azerbaijan and Turkey, built on friendly and fraternal ties, is developing and is fruitful for both countries. The parties also discussed a number of other issues of mutual interest.