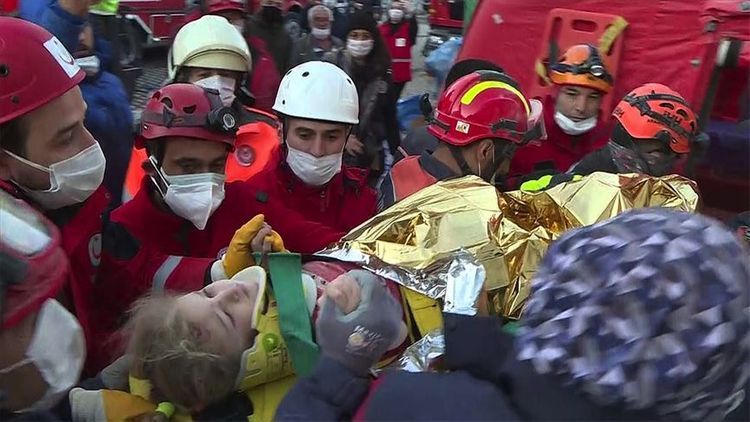 Elif Perincek was pulled from debris nearly 65 hours after the quake in the Bayrakli district of western Izmir province.

Elif was the 106th person to be rescued from the rubble and she was taken to hospital.

In a Twitter post, Mehmet Gulluoglu, the head of Turkey’s Disaster and Emergency Management Authority (AFAD), expressed pleasure over rescue of the little girl.

About 23 hours after the quake, Elif’s mother Seher Dereli Perincek and her 10-year-old twin siblings Ezel and Elzem Perincek, as well as her seven-year-old brother Umut Perincek were pulled from rubble. However, Umut lost his life, while her mother and other two siblings are under treatment.

Turkey is among the world's most seismically active zones as it is situated on several active fault lines. It has suffered devastating earthquakes in the past as well.