Azerbaijani President: Lack of international pressure on Armenians leads to very dangerous steps and may lead to unpredictable consequences 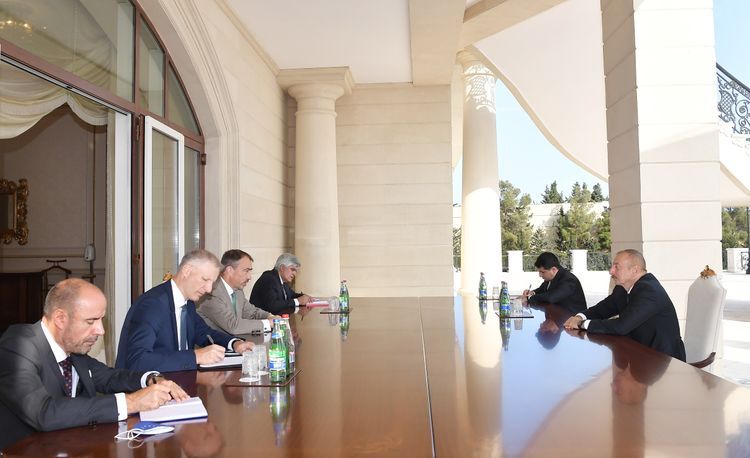 “In fact, the Armenians completely ignore the norms of international law and commit crimes. The reason they are able to do this is that there is no-one to stop them. Minsk Group co-chairs do not stop them,” said President Ilham Aliyev as he received EU Special Representative for the South Caucasus Toivo Klaar, APA reports.

The President stressed that the statements of the Minsk Group are not directly aimed at anyone. “Azerbaijan has not taken any provocative steps. We did not attack them at the state border, we did not send a sabotage group, we did not announce the creation of a volunteer army, we did not commit any other provocations. All provocations are committed by Armenia, and they are doing it deliberately, they are demonstrating it. The lack of international pressure on them – which I have repeatedly raised in meetings with the Minsk Group co-chairs – leads to very dangerous steps and may have unpredictable consequences.”