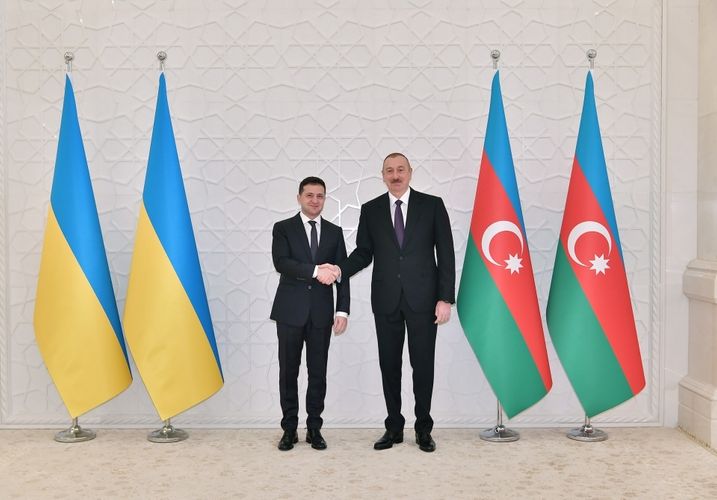 On September 22, President of Ukraine Volodymyr Zelensky made a phone call to President of the Republic of Azerbaijan Ilham Aliyev, APA reports.

The heads of state highlighted the measures taken in Ukraine and Azerbaijan to combat the pandemic.

During the conversation, Volodymyr Zelensky noted that Azerbaijan was identified Ukraine's strategic partner according to the country's new National Security Strategy.

The heads of state underlined the two countries' support to each other's sovereignty and territorial integrity.

During the conversation, the sides hailed the necessity of taking specific steps to expand cooperation between the two countries in the fields of energy, transport, investment, aviation, agriculture, tourism, humanitarian and sports.