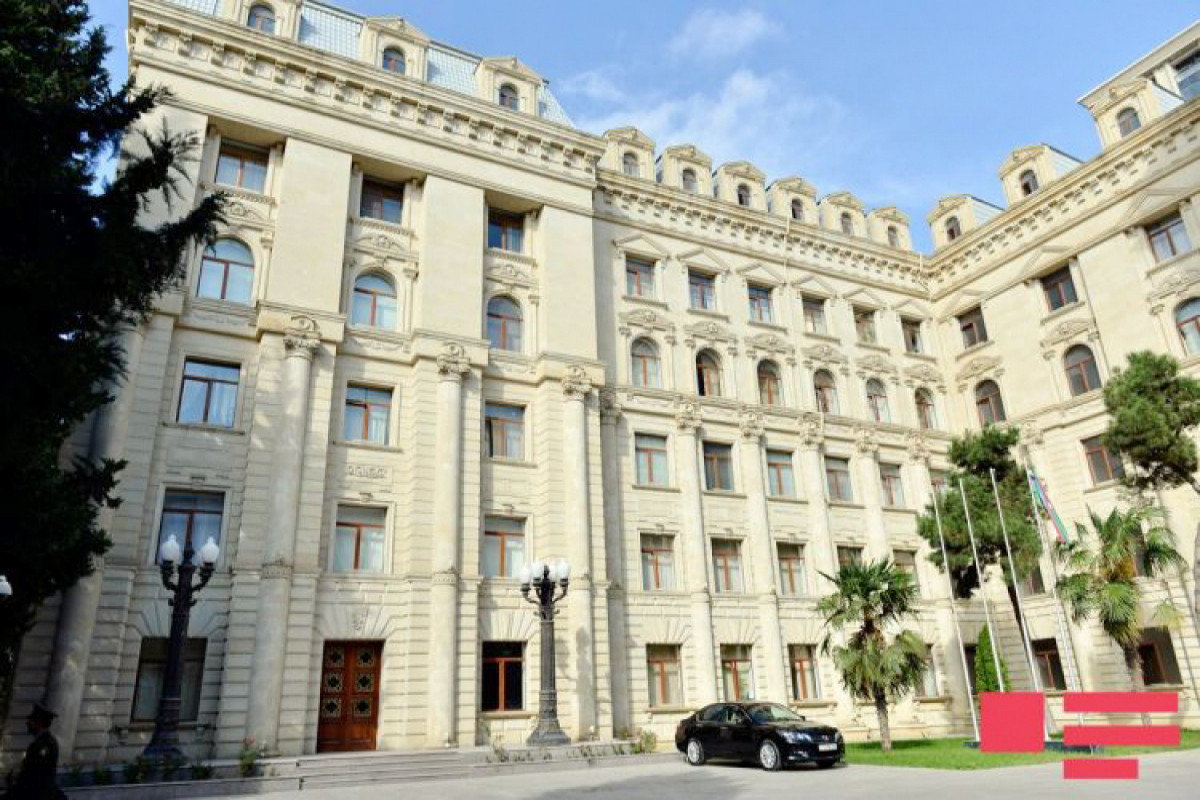 The Press Service Department of the Ministry of Foreign Affairs of the Republic of Azerbaijan has commented on the statement of the Armenian Foreign Ministry regarding the Shusha Declaration, APA reports.

"Commenting on the Shusha Declaration signed by the Presidents of Azerbaijan and Turkey and claiming that the document is directed against the Armenian people, the Armenian Foreign Ministry does not yet realize that it was indeed Armenia's decades-long aggressive policy, its claims to the territory of the neighboring state, its policy of serving the interests of a group of persons rather than the welfare of its population, and finally, its revanchist position that have been directed against the Armenian people. This uncompromising position of Armenia is a major impediment to peace and security in the region,"

It is quintessentially hypocritical for the Armenian Foreign Ministry to speak of international law since Armenia has grossly violated the fundamental norms of international law for decades, including the sovereignty, territorial integrity and inviolability of borders, as well as the human rights of up to one million Azerbaijanis. Armenia, referring to international law, must first learn to respect it.

With the liberation of Azerbaijani territories, a new situation in the region and unique opportunities for regional cooperation have emerged. Realizing this situation, it would be the Armenia's decision either to take advantage of cooperation or vice versa. As stated in the Shusha Declaration, Azerbaijan and Turkey will continue their joint efforts to ensure global and regional peace, stability and security in accordance with the principles and norms of international law, including the Charter of the United Nations," said the MFA.