Farid Shafiyev: “Armenia has made commitment on Zangazur corridor” 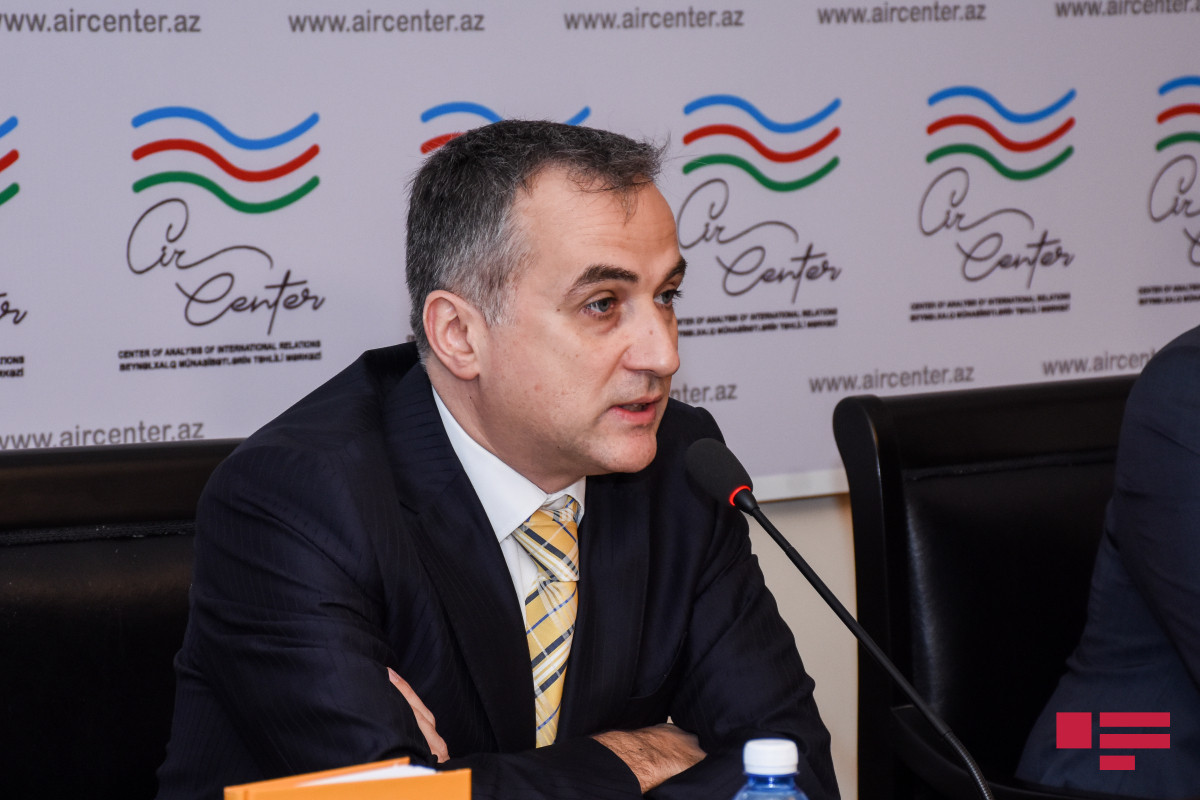 She said that a part of Kazakh oil, metal loads are being transported via Trans-Caspian International Transport Route: “During the pandemic cargo transportation through this route has not suspended. During the first 5 months of 2021, transportation via this route increased by 2 times. We expect 30 thousand containers to be transported this year. Two ships are used between Aktau and Baku. If there is demand in this field, additional ships will be involved.”

L. Batirbekova noted that a meeting with partners is expected during the coming month: “Work is underway in the direction of Baku port’s getting an eco certificate. Taking steps with Kazakhstan ports in this direction would be good.”

L. Batirbekova brought to attention that active work is done regarding the Zangazur Corridor: “I believe in development of our relations from development of economic relations point of view.”

Chief an analytic of the Turkish Center for Eurasian Studies Karam Tunjel noted that Zangazur Corridor can cause great changes in the South Caucasus: “Zangazur corridor will decrease the distance between Azerbaijan-Nakhchivan and Azerbaijan-Turkey too much, it is shorter route. Importance of Zangazur corridor is not limited with Turkey and Azerbaijan, it is also important from provision of Russian-Iranian economic relations point of view. The corridor creates additional opportunities for Armenia, Georgia, and Iran. Georgia will get a route to Iran. Georgia’s relation with Iran through Azerbaijan will be further reliable. Armenia can not create a land relation with Russia through Georgia directly because of a problem between Georgia and Russia. In this regard, the Zangazur corridor will be significant from the provision of Armenian-Russian relations point of view. The mutual dependence of regional countries will lead to development of cooperation, further normalization of relations in the future. The corridor is profitable from a political and economic point of view.”

K. Tuncel drew attention to the importance of the “East-West” corridor: “One part of this Corridor –the “Central Asian” corridor is called the “Central Corridor”. Development of the Middle Corridor against the background of China's "One Belt, One Road" initiative will lead to an increase in traffic in the east of the Caspian Sea. We must not forget the Russian-Chinese competition in terms of transport and communication risks. In this regard, it is important whether Russia supports the Zangazur corridor. On the other hand, the Zangazur corridor will be quite useful for Armenia”.