Korotchenko: "Armenia will have to determine the border with Azerbaijan, whether it wants to or not" 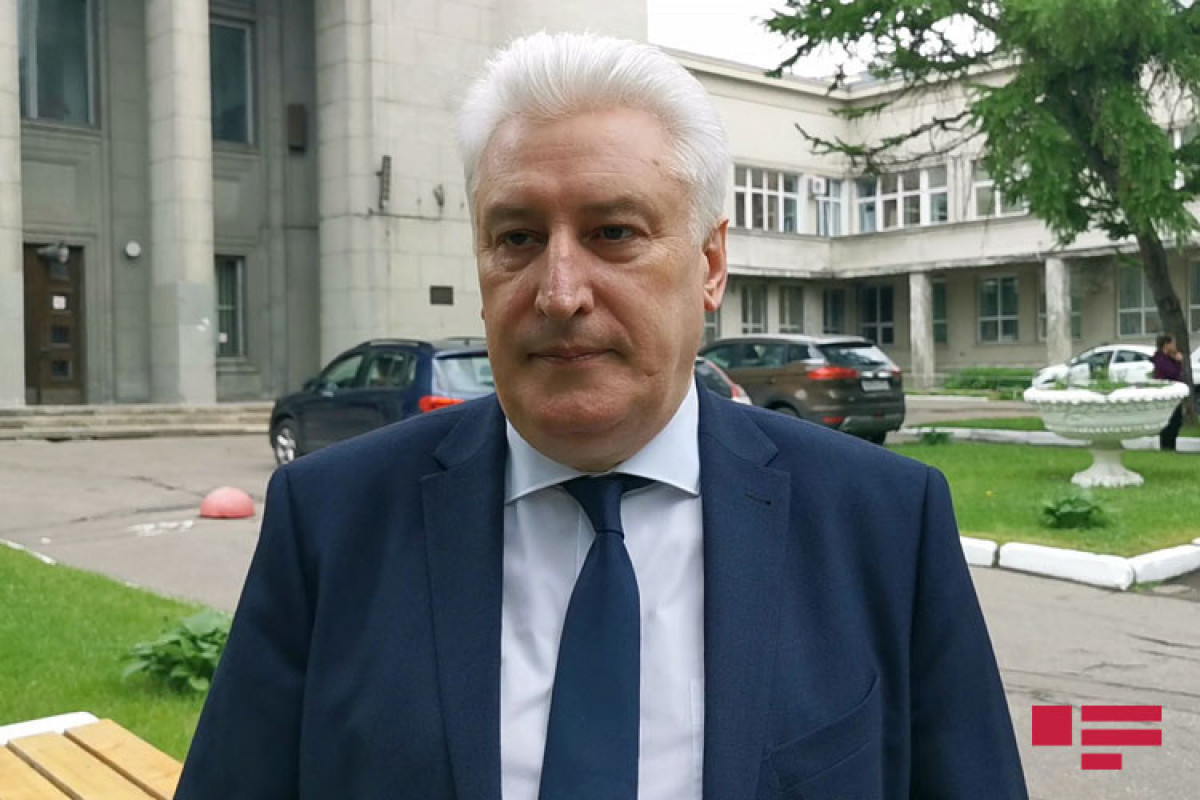 "This provocation by Armenia is very dangerous. Because sending two subversive groups with the task of mining the supply route of the Azerbaijani army is an unprecedented event since the Second Karabakh War," said Igor Korotchenko, editor-in-chief of Russia's National Defense magazine, well-known military expert, in an interview with APA's Moscow correspondent.

He said that the history of sabotage by the Armenian side was not chosen by chance: "We see Armenia's efforts to make a big fuss over individual small border incidents. I think that the history of Armenia's latest sabotage provocation was not chosen by chance. Attempts to commit this act of sabotage on the eve of May 28 - the Republic Day of Azerbaijan are not accidental. The statement of the Armenian side that the 6 servicemen captured by the Azerbaijani side are not saboteurs, but peaceful soldiers performing engineering tasks is absurd. At 3 o'clock at night, the engineering task is not performed, but also in someone else's territory ... This is nonsense. 3 o'clock at night is the best time to cross the state border secretly, to commit sabotage and terrorist acts. What did the Armenian side hope for? It is clear that Yerevan hoped that this step would compensate for its failure in the Second Karabakh War. It seems that certain revanchist forces at the General Staff of the Armenian Armed Forces planned this operation in order to improve their image. Of course, if an act of sabotage had taken place, Armenia would not have admitted its guilt. However, he would send a message to his community that the operation was successful. It should be understood that the Azerbaijani border guards and the military monitor the situation on the border with night vision devices and thermal imagers. Therefore, the Azerbaijani military conducted a successful operation and captured the saboteurs. I note again that the staff sleeps at 3 o'clock at night, no engineering work is carried out. The detainees were Armenian saboteurs. Of course, this operation of the Armenian side failed due to the vigilance of the Azerbaijani military."

"If the act of sabotage that Armenia is trying to commit today took place ..."

Korotchenko said the issue of delimitation and demarcation of borders with Azerbaijan was unacceptable for Armenia: “Therefore, this issue is politicized. Pashinyan's opponents describe the talks on the issue as his weakness and Armenia's loss of position. If the act of sabotage that Armenia is trying to commit today took place, the issue of defining the exact line of the Azerbaijani-Armenian border would be off the political agenda for several months. Fortunately, this did not happen. Whether Armenia wants it or not, it will be forced to determine the border with Azerbaijan on the basis of Soviet maps of the mid-1970s. Where the borders of the Armenian SSR and the Azerbaijani SSR are clearly indicated. Armenia must resolve the border issue. However, Armenia does not want to resolve this issue. Why? Because Armenia did not recognize the border line at all after the First Karabakh War and occupation. He plundered the material and natural resources of the occupied territories of Azerbaijan. Now Armenia is required to determine the border line. Of course, this caused a collective brain explosion on the Armenian side. They cannot imagine that they will be deprived of the material and natural resources of Azerbaijan that they have stolen and plundered for 30 years.

Of course, the pre-election context in Armenia must be taken into account in these issues. Early parliamentary elections are coming in Armenia. There is a fierce struggle between the Karabakh clan and Pashinyan. They accuse each other of not defending Armenia's interests. If there was an attempt at sabotage in the Kalbajar region of Armenia, then it would increase Pashkina's political chances in the eyes of the revengeful part of the Armenian society.

The Russian military expert stressed that the country's position on the issue is unequivocal: "Moscow's position on border incidents is moderate. This position is that the current problems must be resolved through political and diplomatic means without exception. President Putin and Foreign Minister Lavrov also spoke about the delimitation and demarcation of the Azerbaijani-Armenian border. In short, Russia is not interested in escalating military tensions in the South Caucasus. I hope that the Kremlin and the Foreign Ministry will send a clear signal to Yerevan that such dangerous provocations will be prevented and not repeated. "