Azerbaijani MoD: “Operational conditions are under the control of our army, and battles continue in all directions of the front” 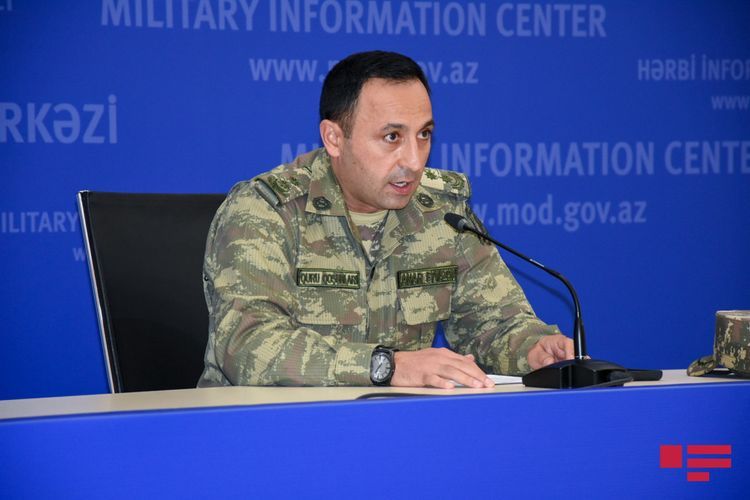 “Measures are being taken only within our borders to silence the enemy's firing points,” said Anar Eyvazov spokesperson of the Ministry at the briefing of Defence Ministry, APA reports.

A. Eyvazov noted that the documents and other intelligence materials obtained during the inspections in Zangilan and other liberated areas show that the Azerbaijani Army is also fighting mercenaries: “The enemy must understand that the only way for them to survive is to lay down their arms and leave the battlefield without wasting time. Neither foreign fighters nor any volunteer groups can stop the Azerbaijani soldier. Currently, operational conditions are under the control of our army, and battles continue in all directions of the front.”