MES: As a result of Armenians provocations, fires and destructions occur in civilian facilities 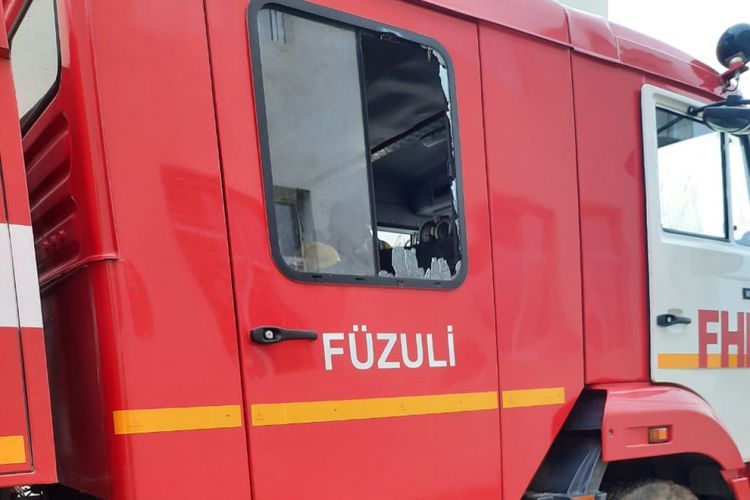 Armenian Armed Forces continue to cause destruction and fire in civilian facilities by shelling residential areas densely populated by the Azerbaijani population, civilian facilities, as well as individual and apartments, farms with heavy artillery, APA reports citing the website of the Ministry of Emergency Situations of Azerbaijan.

The projectile fired by Armenian Armed forces destroyed an individual residential house belonging to the citizen in Aghdam.

The corpse of one person was pulled out and handed over to the concerned agency by the rescuers of the Garabagh Regional Center of the Ministry of Emergency Situations brought to the territory.

The missile fallen in the Fuzuli region caused damage to the fire extinguishing vehicle of the State Fire Protection Service (SFPS) of the MES. Nobody was injured as a result of this incident.

The missile launched by the enemy caused damage to the administrative building of the Khojaly region Fire Protection Unit of the SFPS of the MES situated in the Goranboy region and a nearby passenger car. No injured people have been recorded.

Note that currently, the Ministry of Emergency Situations is functioning in the enhanced working mode. It is requested that the information regarding any emergency event occurred would immediately be provided to the Ministry’s 112 hot phone line.