Assistant to First Vice President: “International community should tell Armenia that such steps are military crimes” 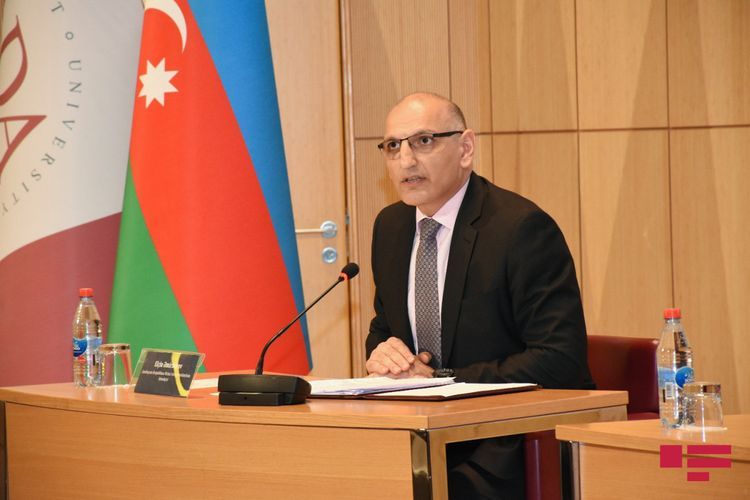 “Reason of all of these tragedies, destruction, casualties is Armenia’s aggression against Azerbaijani territories and conduction of ethnic cleansing in these areas 27 years ago”, said Assistant to First Vice President of Azerbaijan Elchin Amirbayov at the briefing held for representatives of diplomatic corps at the ADA University, APA reports.

E. Amirbayov said that Armenia kept under control 20% of Azerbaijani territories during the period.

Assistant to First Vice President brought to attention that Armenia’s military crimes, a continuation of invasion policy led to the start of their defeat on the battlefield by Azerbaijani Army, as a result, and they are defeated: "Armenia by violating humanitarian ceasefire showed that it is not ready and not interested in a peaceful solution of the conflict. They want this lie, this illusion to continue. However, they now see that the liberation of the territories from the occupation has been started by Azerbaijani Armed forces. For not repetition of attacks to Ganja and Mingachevir, the international community should tell Armenia that such steps are unacceptable and are military war. Armenia should stop such steps for the establishment of stability and peace in all regions.”