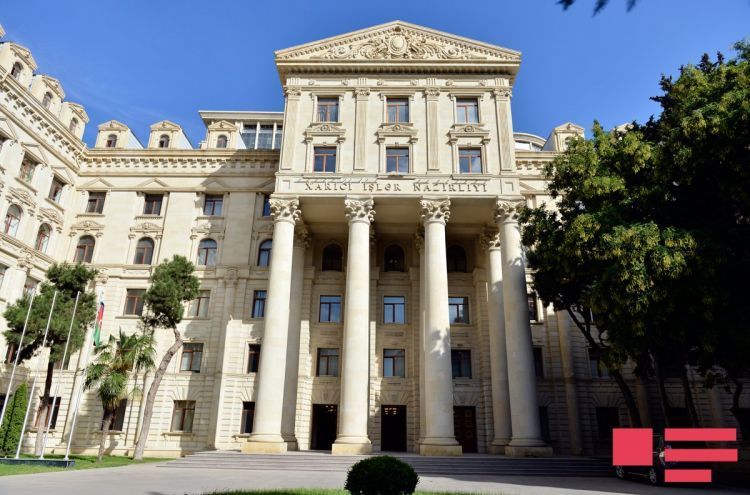 Azerbaijani Minsitry of Foreign Affairs has issued a statement on the continuing attacks by Armenia on Azerbaijani settlements far from the conflict zone, APA reports citing Azerbaijani MFA.

"The armed forces of Armenia in a blatant violation of its obligations under international law, including international humanitarian law, continue deliberate shelling of the densely populated Azerbaijani residential areas.

Launching missiles towards  Siyazan, Kurdemir and Gabala regions of Azerbaijan situated far beyond its occupied territories, after the cities of Ganja and Mingachevir is yet another attempt by Armenia to perpetrate new heinous crimes against the Azerbaijani peaceful population.

These attacks once again testify to Armenia’s attempts to expand the geography of the conflict zone and serve only to aggravate the situation.

We strongly condemn these acts of aggression by Armenia and call on the international community to take necessary steps to force Armenia to comply with international law and its international obligations. Armenian leadership, stating that there is no diplomatic solution to the conflict and giving orders to fire the civilians and residential areas of Azerbaijan bear full responsibility for escalation in the region, as well as the war crimes committed during the new aggression of Armenia against Azerbaijan," the statement reads.