Mathew Bryza: “This agreement is the greatest diplomatic victory of independent Azerbaijan” 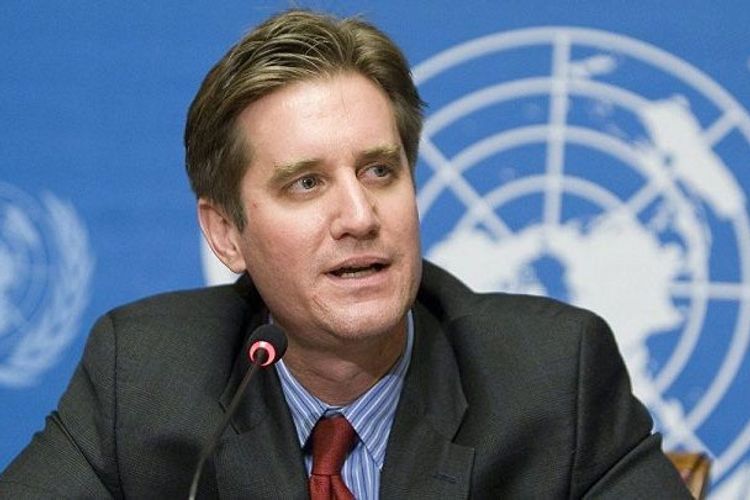 “This ceasefire agreement is the greatest diplomatic victory of the history of independent Azerbaijan”, said former co-chair of the OSCE Minsk Group, former ambassador of the US to Azerbaijan Mathew Bryza in his statement to APA’s Georgian bureau.

He said Azerbaijan achieved all its wishes accepted as basic principles as a result of the military operations conducted by it and sharply strengthened its stance in both military and political terms: “I think this agreement is the most important agreement in Azerbaijan’s diplomatic history and I am sure that this is the greatest diplomatic victory. And this occurred as a result wisdom of the Azerbaijani leadership. Supreme Commander-in-Chief of the Azerbaijani Armed Forces Ilham Aliyev behaved in accordance with Azerbaijan’s political targets during the whole course of this conflict. Great military theorist of Prussia Karl von Clausewitz taught us the war is a continuation of policy by other means. The purpose of the war is not to kill people or to destruct anything. The purpose is to change the political reality for one’s own benefit in order to reach target. Thus Azerbaijan obtained all its wishes accepted by us as basic principles during these years when the discussions were held. But Armenia didn’t want to accept these principles. As you know Pashinyan declared he abandons these principles. Thus, by this signed agreement, Azerbaijan achieved all basic principles. Plus, Nakhchivan Autonomous Republic obtained new corridor that will connect it with other territories of Azerbaijan. The basic principles said Azerbaijan will take back 7 surrounding regions and the destiny of Nagorno Garabagh will be determined through negotiations. But now, because of keeping Shusha City under control thanks to its both military and physical force and political force, Azerbaijan will conduct discussion with extremely strong stance. I think Azerbaijan showed strategic restraint. Azerbaijan stopping in Shusha didn’t put at risk lives of the Azerbaijani and Armenian soldiers, civilians and now it is ready for the second phase of the war – political phase. Therefore this is a historic agreement. I think this is the reaching by Azerbaijan of its goals”.

M. Bryza noted that the course of the events strengthened positions of both Turkey and Russia in the region. According to the former ambassador, after restoration of the communication lines, Turkey’s strong economic impact will be observed in Armenia: “Now, Russia’s stance is of higher profile because of the peacekeepers. When I was co-chair of the Minsk Group, there was an informal agreement between co-chairs and co-chair countries which we called gentleman agreement – the peacekeepers shouldn’t be from neighbor countries. Now this is different and Russia made such decision. The Turkish peacekeepers may also be present there. This is not yet clear to me. I also think that Turkey’s role has dramatically increased. Because of not only possible peacekeepers, but also opening of communication lines. This means that the communication lines between Turkey and Armenia may also be restored. I suppose that Armenia and Turkey may apply the agreement about normalization of relations obtained in 2009. In such a case we will be able to see very positive economic influence of Turkey in Armenia. The opportunities will be possible especially after connection of Nakhchivan with the remaining territories of Azerbaijan. Thus, the dynamics will rapidly change”.