President: "The occupation of Kalbajar district is the direct responsibility of the then ruling Popular Front of Azerbaijan" 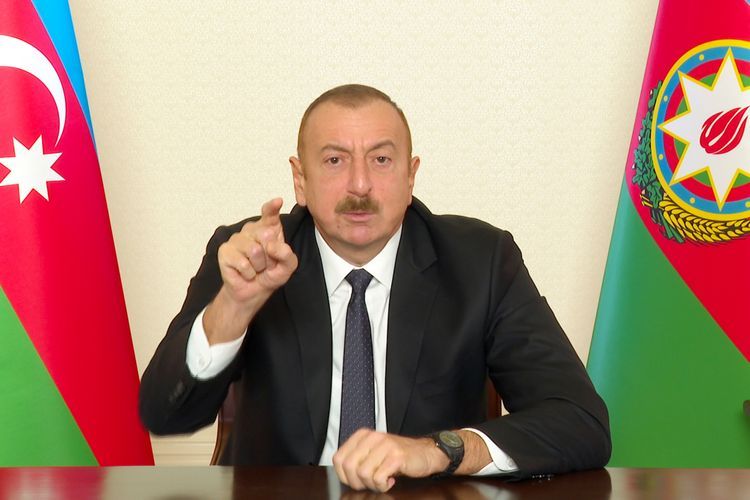 "Because if they had not come to power illegally in 1992, if they had not staged a coup, perhaps our lands would not have been occupied. Of course, it is very difficult to go back in history and say what could and could not have happened. But in any case, they have played a direct role in the occupation of our lands, and they bear this responsibility. Because in the spring of 1992, the struggle for power reached its peak. There were internal conflicts in Azerbaijan, chaos, crisis, a political crisis, and the struggle for power led to very serious consequences. Armenia continued to take advantage of this to occupy our lands. After the occupation of Shusha and Lachin, the situation reached a critical level. Taking advantage of this, the Popular Front of Azerbaijan came to power as a result of a coup. But what happened after that? After that, they focused all their efforts on strengthening the weakened government, organizing persecutions in our country, applying censorship and taking other anti-democratic steps. Our lands were under occupation, our civilian population was expelled from their ancestral lands, but the Popular Front of Azerbaijan and its leadership had only one goal – to fill their pockets, appoint their relatives and prolong the life of their government. The occupation of Kalbajar was the result of these ugly steps. It could not have been otherwise. The younger generation may not remember this, but they should know who was leading Azerbaijan at that time, people of what knowledge and what skills were leading Azerbaijan. Those people had no experience. Those people – the people who were represented in the government at the time, the people who held high positions – had never led a single department, not a single small enterprise. How could they run the country, especially in a crisis? But their yearning for power, their greed, their appetite and avarice led to this situation in Azerbaijan. Look who governed Azerbaijan at the time?! The speaker of parliament was a junior researcher, in fact, a failed researcher. The secretary of state was a careerist from the Komsomol who had betrayed his leader at a later stage, set his eyes for his post, rejoiced in his death more than anyone else, and lived his entire life under the control of foreign circles. What kind of management would you expect from them? What kind of patriotism would you expected from them? What professionalism would you expect? The minister of foreign affairs was a random person who couldn’t speak any foreign language, a physics teacher, someone who had no idea at all what foreign relations are, what international norms and principles are. He simply walked around like a tourist and said what he wanted to say. The minister of defense was a math teacher. Can a math teacher be a defense minister? It was this math teacher who handed Shusha over to the enemy. He said that if Shusha was lost, he would shoot himself in the head. It is still hanging around here and there. We have returned Shusha, we did! You sold it, traitors. The minister of internal affairs – there were widespread robberies, journalists were getting arrested, beaten up and thrown into the trunks of cars during live broadcasts. Such were the leaders of the Popular Front of Azerbaijan. The prime minister was a junior researcher on scientific communism. Look at these contrasts. The man responsible for advancing the country's economy on the principles of a market economy was a junior researcher on scientific communism. What kind of governance, what kind of reforms, what kind of defense could you expect? Our grief and tragedy is that random people came to power, usurped power and took our country into the abyss.

If Heydar Aliyev had not come to power at the request of the people in 1993, Azerbaijan would not only have lost the remaining lands, but would have also lost its statehood in general. They started a civil war to maintain their weakened government. They took our own soldiers prisoner. They bombed Ganja. Let no-one forget that! Those unaware should know this, the younger generation should know who caused us this trouble. Who is to blame for this tragedy? Who is to blame for the plight of a million people? The government of the Popular Front of Azerbaijan at that time. In fact, if we were to draw comparisons now, their collective image is like that of Pashinyan – incompetent, not knowledgeable, weak-willed, cowardly, deserter, inexperienced in management, influenced by foreign circles, ruled by them and destroying their own country. Look, they are all like Pashinyan. Those who do not know them should look at Pashinyan if they want to get an idea about them. Let them look at his steps and see the image of the then Popular Front of Azerbaijan and the country's leadership," noted the head of state.