Turkish Foreign Ministry: "Permanent ceasefire between Armenia and Azerbaijan is possible only within the terms of UN resolutions" 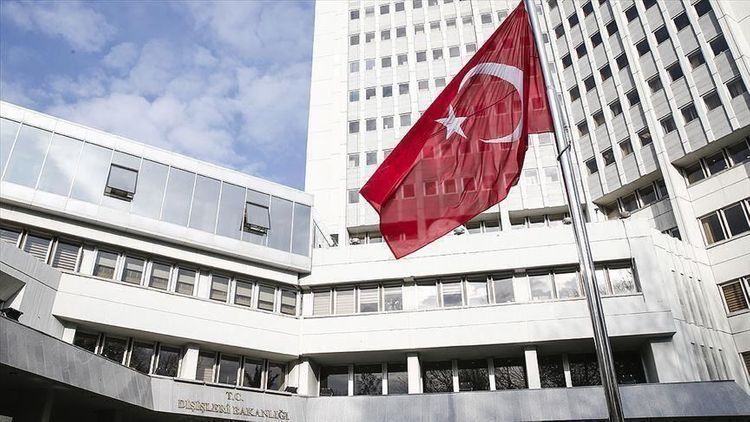 The Turkish Foreign Ministry commented on the violation of the ceasefire by Armenia which declared for the third time, reports APA's local bureau in Turkey.

Turkish Foreign Ministry spokesman Hami Aksoy said in a statement that for the efforts of the Minsk Group to yield concrete results, it would be necessary to take into account recent cease-fire violations by Armenia and to launch such talks in line with UN Security Council resolutions on the issue and international law: "We consider it necessary to launch a positive process aimed at maintaining a lasting ceasefire in accordance with UN Security Council resolutions and international law. Only in this case, the declared ceasefire possible to be lasting."

Aksoy noted that Yerevan had violated three cease-fires -- one on Oct. 10, another on Oct. 18 and the latest going into effect on Monday morning -- after the clashes erupted following Armenia's attack on Azerbaijan.

He said that the latest truce had been declared to allow the exchange of prisoners of war and bodies as a result of the initiatives of the US, but was violated again "in minutes" by Armenia as it continued its attacks on Azerbaijani positions on the front line and civilian targets in Azerbaijan's inner regions far from the conflict zone.