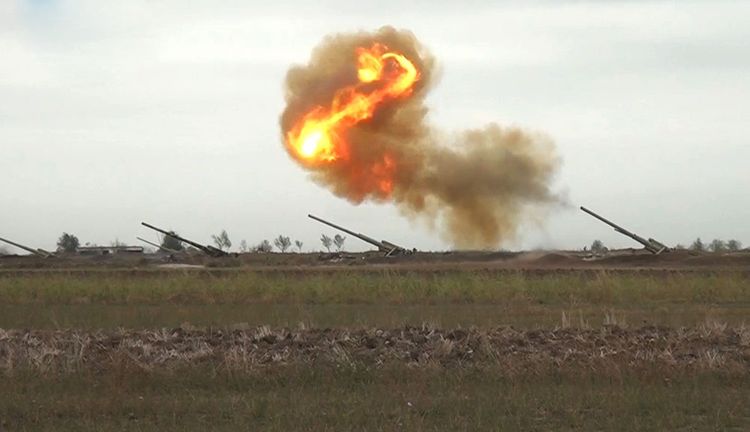 Armenian armed forces artillery units that have been targeting our human settlements in the Aghdara direction were striked, the Ministry of Defence told APA.Enemy units, which suffered heavy losses as a result of accurate artillery fire, were forced to withdraw from their firing positions.

It should be pointed out that adversary artillery are part of the 5th Mountain Rifle Regiment of the Armenian Army.