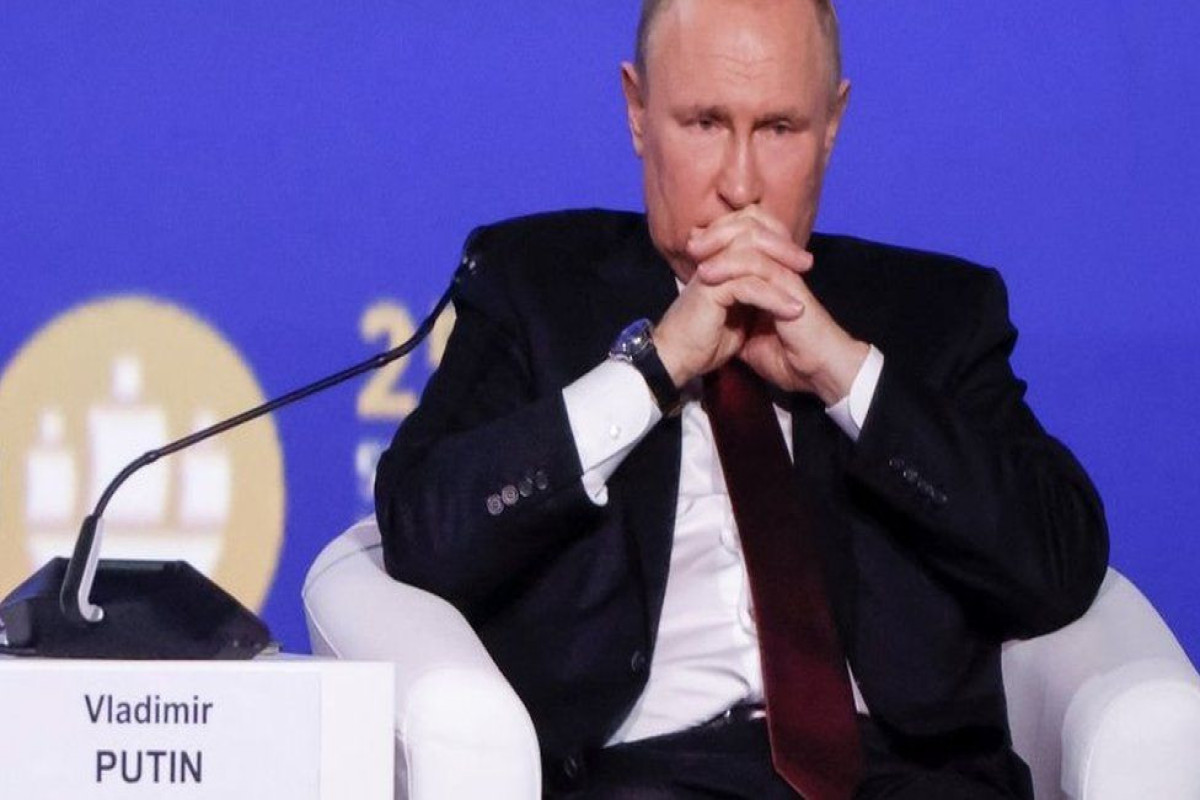 The sanctions imposed by the West on Russia after its invasion of Ukraine are "mad and thoughtless", President Vladimir Putin has said, APA reports citing BBC.

Speaking at a forum in St Petersburg, he said: "the economic blitzkrieg against Russia had no chance of succeeding from the very beginning".

He said the restrictions were "more harmful" to those who imposed them.

Western nations have been seeking to strike a balance between punishing Russia and protecting their economies.

But speaking at the annual St Petersburg International Economic Forum, President Putin claimed the EU could lose more than $400bn (£326bn) because of its sanctions against Russia.

However, Mr. Putin's own officials have warned that the Russian economy is suffering serious damage from the sanctions. Central Bank Governor Elvira Nabiullina said on Thursday that "15% of the country's GDP" was threatened by the international response.

He said inflation was increasing across the 27-member bloc and the real interests of people in Europe were being sidelined - but did not explain what that meant.