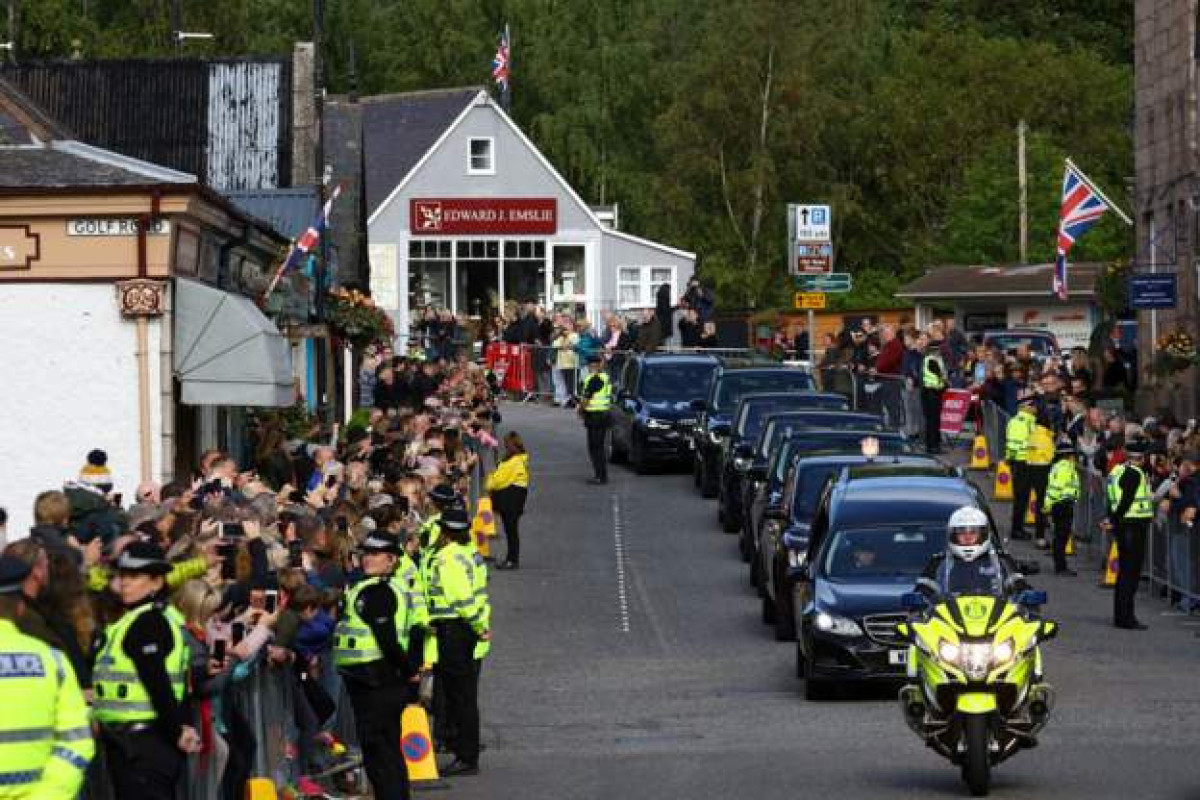 Queen Elizabeth's coffin arrived in Edinburgh on Sunday after a six-hour journey from her summer home in the Scottish Highlands, past tens of thousands of mourners lining the route, many in sombre silence, some applauding and others in tears, APA reports citing Reuters.

Shortly after 10 a.m. (0900 GMT), a hearse carrying Elizabeth's oak coffin emerged from the gates of Balmoral Castle, where she died on Thursday aged 96, at the start of a slow drive to the Scottish capital.

The coffin was draped in the Royal Standard of Scotland with a wreath on top made of flowers taken from the Balmoral estate including sweet peas, one of Elizabeth's favourites.

Crowds, fifteen deep in places, massed in the centre of Edinburgh to greet the cortege, which included the queen's daughter, Princess Anne, as it made it way to the Palace of Holyroodhouse where it was met by a military guard of honour.

Soldiers from the Royal Regiment of Scotland then carried the coffin to the throne room of the palace where it will remain overnight.

"There was no way I could miss this. I would regret it for the rest of my life," said Eilidh Mackintosh, 62, who left her home at 6 a.m. to be sure of a good view on Edinburgh's famous Royal Mile where large crowds were gathering.

"She never let us down and I didn’t want to let her down either. Now she has gone there is a big hole in the heart of the nation."

The journey from Balmoral was the first of a series of events leading up to the state funeral at Westminster Abbey in London on Sept. 19.

The Queen's coffin is now making its six-hour journey from Balmoral Castle to Edinburgh.

The Queen's funeral cortege will take a six-hour journey from Balmoral to Edinburgh, passing through Aberdeen and Dundee, for a total of 175 miles.

We will be following the cortege on its journey.

In the village of Ballater near Balmoral, people have been lining the streets ready for the procession.

The royal cortege is travelling from Balmoral Castle to the Palace of Holyroodhouse in Edinburgh.

Thousands of people are lining the route to witness the Queen's final journey. 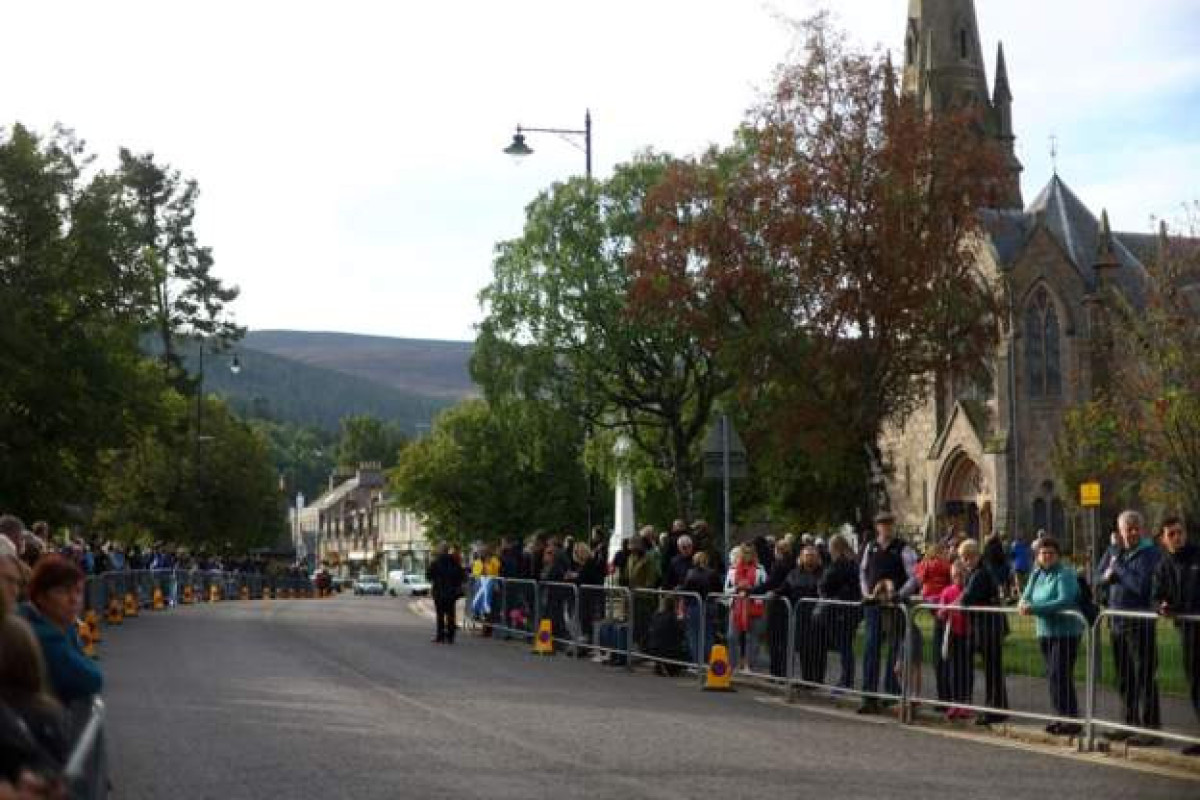 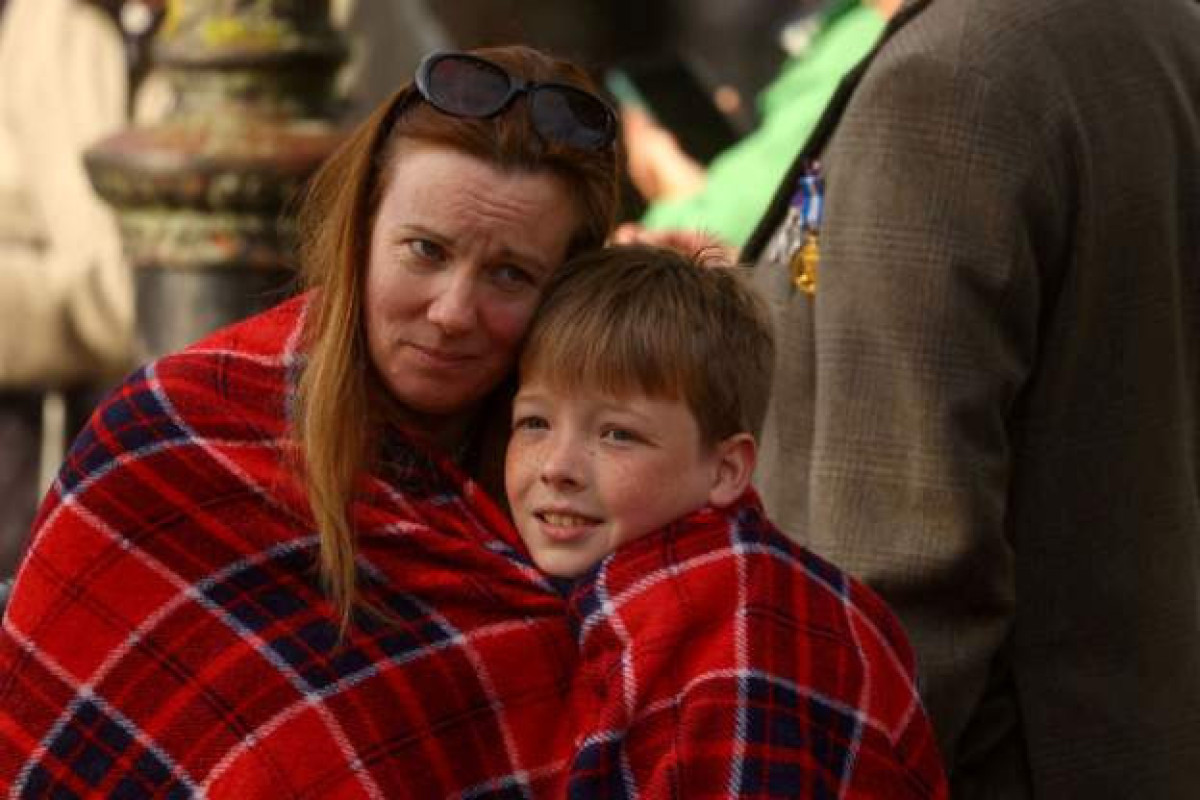 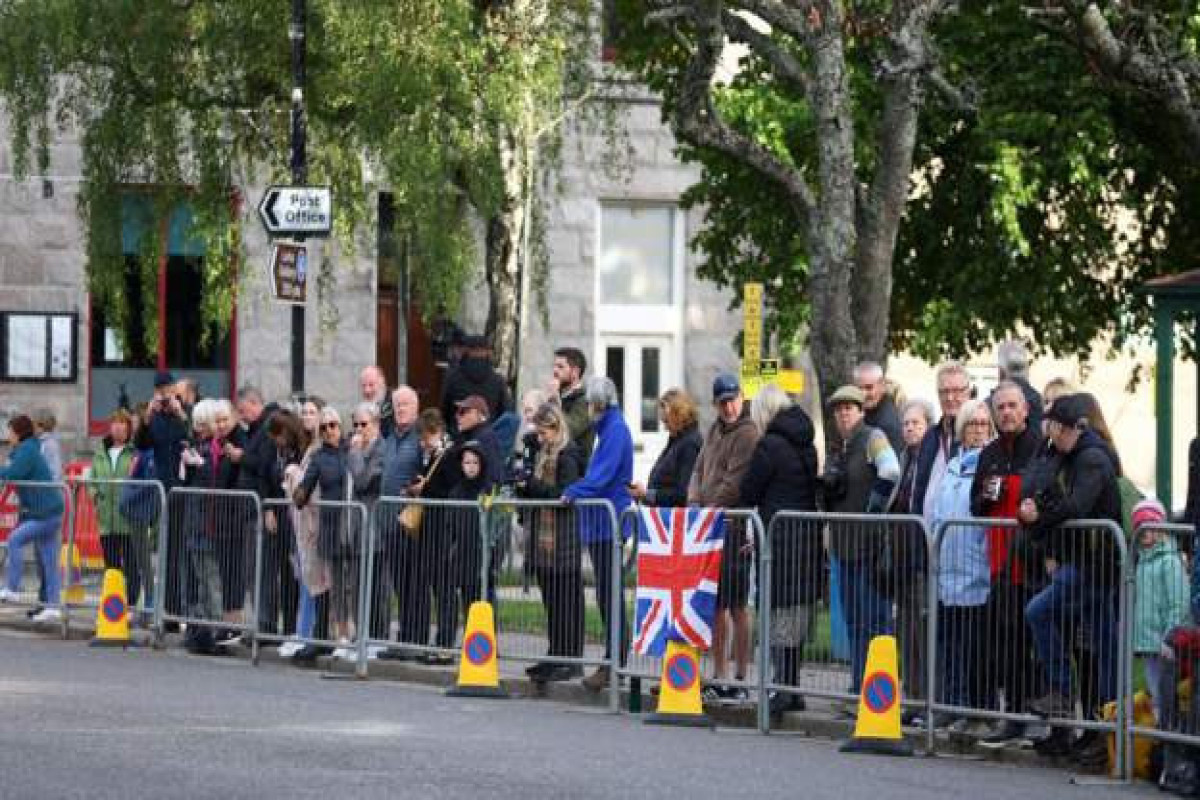 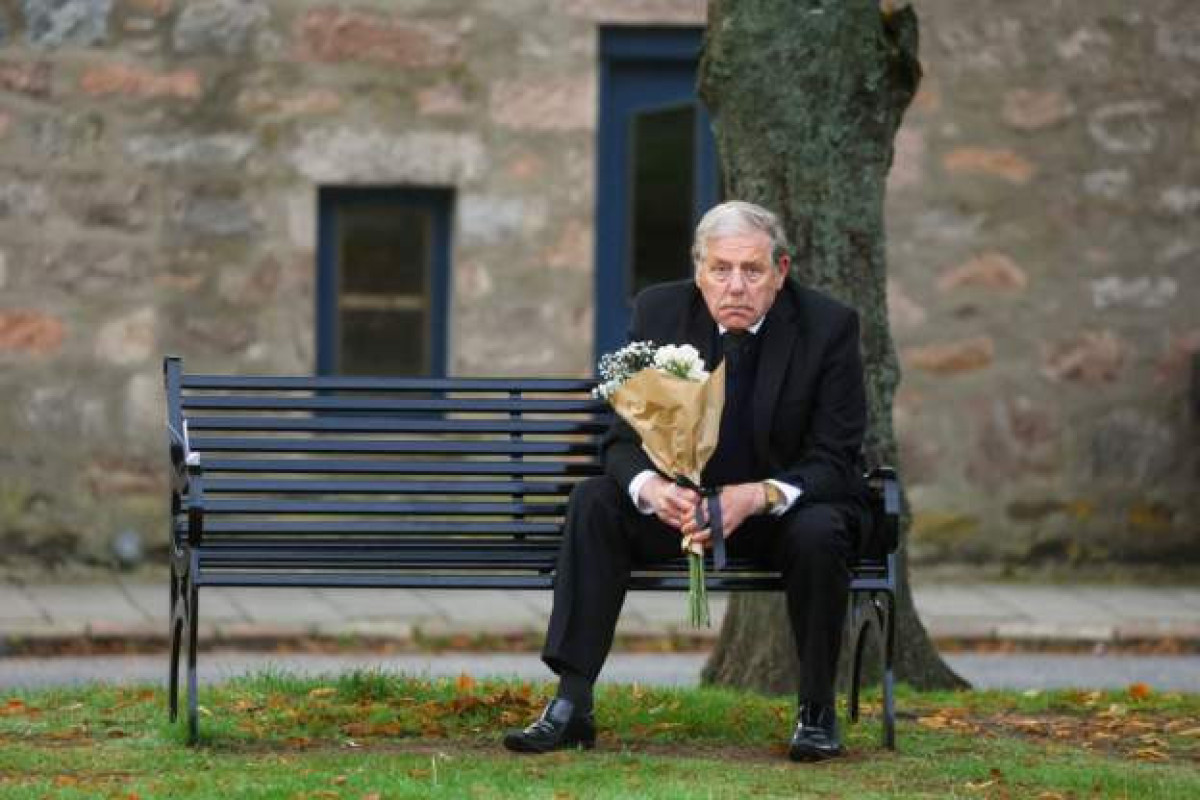 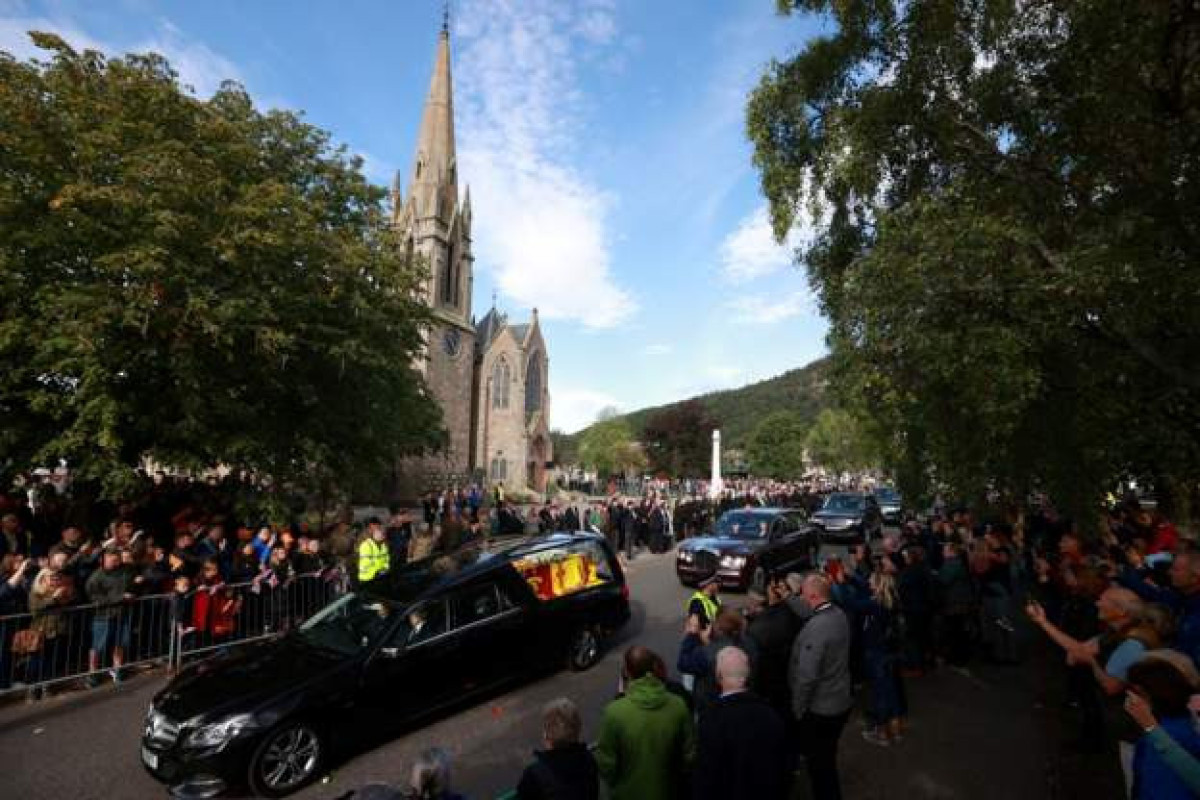 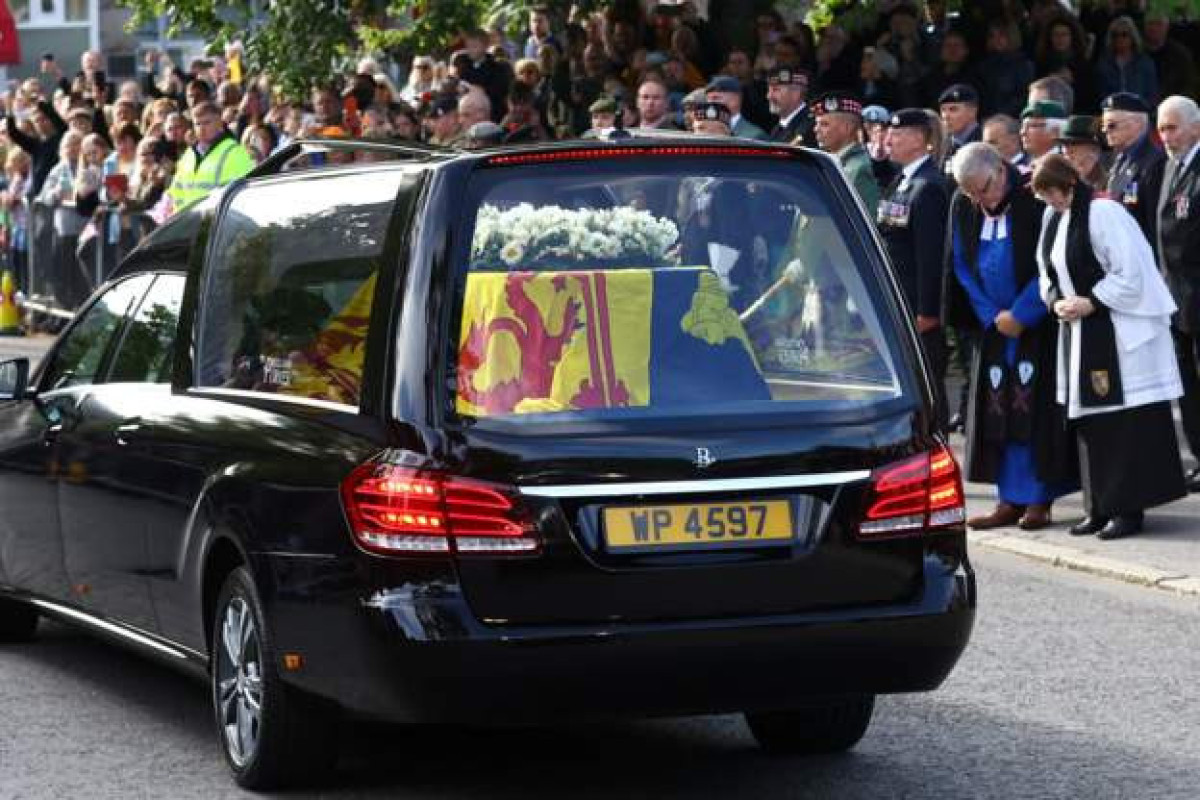 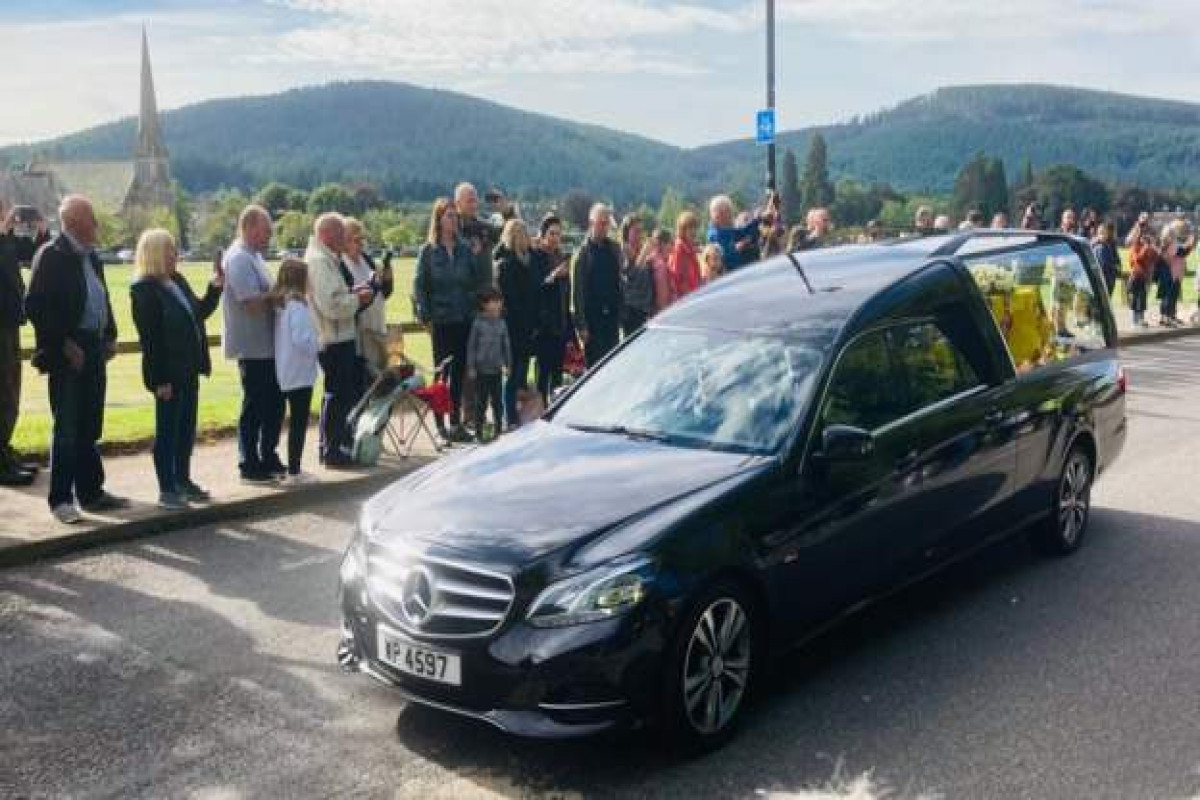